Ali Azmat Just Made An Announcement That Has Brought Out The 'Junoon' Inside Every Pakistani!

Pakistan’s music industry seems to be coming back on track with numerous platforms giving the young guns a chance to shine and showcase their talent. After the success of Coke Studio and Nescafe Basement, this year the Pepsi Battle of the Bands went very well with the fans.

In a bid to revive the band culture of Pakistan, Pepsi lined up many bands for an audition and only a handful made it to the show. The platform gave a chance to bands from all over the country to perform and the fans then decided who deserved to win. The show was won by Kashmir from Karachi. 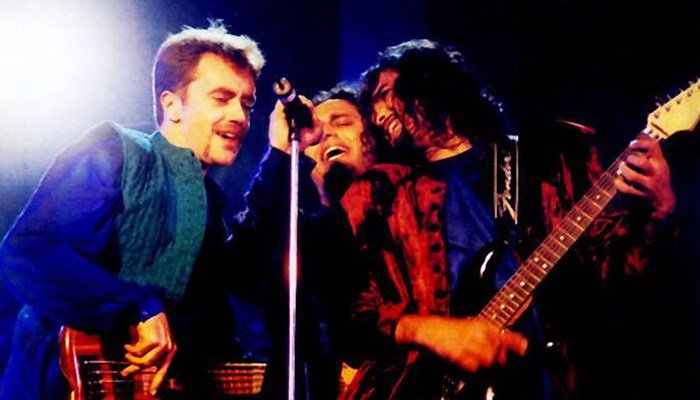 However, with the influx of new bands, some of the old ones have decided to come back to the scene as well. Call and EP’s reunited performances have urged Ali Azmat to make an announcement that has shook up social media.

In a Facebook post, Ali Azmat informed his fans that Pakistan’s most legendary band, Junoon, will be reuniting this year. He labeled the band as South Asia’s biggest, saying that Ali, Salman Ahmed, and Brian would be working together again.

Fans have gone into disbelief and are already lauding the step taken by Junoon. The band is famous for dozens of classic hits, including Sayonee, Sayeen, Zamane Ke Andaaz, and many more.

This is how Junoon’s fans are reacting on Twitter

I feel like I’m about to receive my childhood gift wrapped in the form of Junoon’s reunion. Please tell me it’s true. 🙂

Read on ali azmat page, junoon reunion, made my day, plz confirm it’s happening, can’t wait for that and pls tell us when happening

#Junoon Reunion This Year !!
this will be a fantastic if happened
???

9 Pakistanis Who Are Absolutely Killing It With Photoshop!
This Cab Service Gave a Pakistani Couple One of the Most Unexpected Surprises for their Wedding
To Top