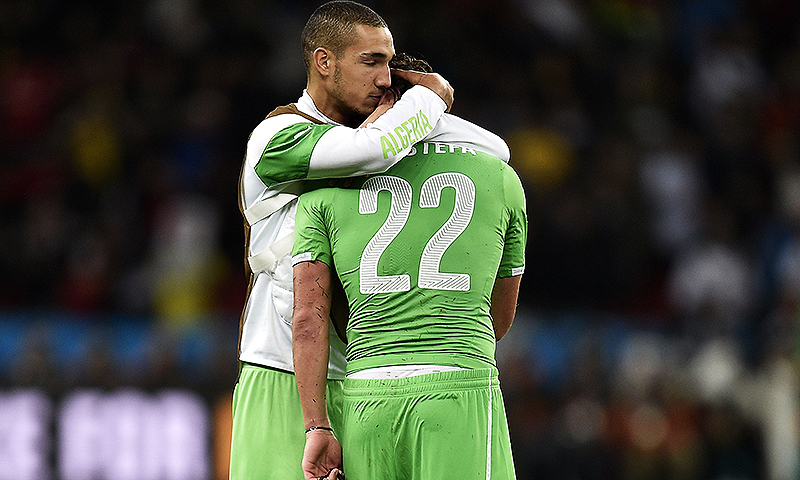 PORTO ALEGRE: Algeria goalkeeper Rais M’Bolhi insists his side’s 2-1 extra-time defeat to Germany was not down to his team-mates’ observance of Ramazan as the Desert Foxes bowed out of the World Cup.

Having counter-attacked the Germans with fierce determination during the goalless 90 minutes, Algeria tired in extra-time, but M’Bolhi says Ramazan was not to blame. 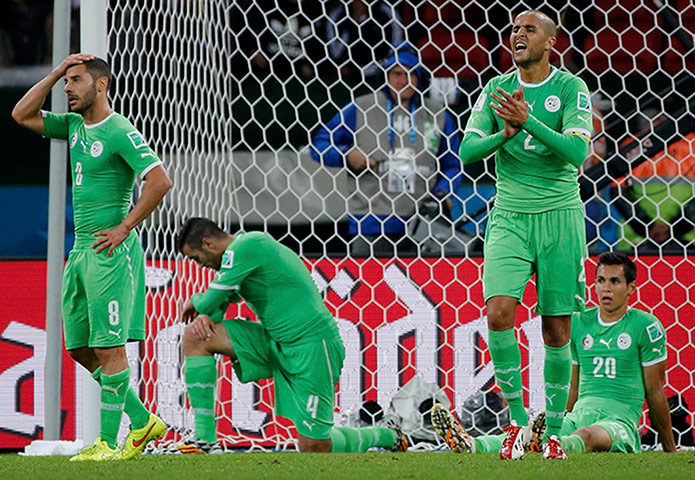 Most of the team are reported to be observing the Muslim month of fasting, which started on Saturday, and would have only been able to drink water late in the first-half.

â€œNo, I don’t think (it was a factor), we were ready to play for as long as we need to, nobody believed we were able to put in a performance like that,â€œ insisted M’Bolhi.

â€œIt didn’t come down to physicality, everyone was fit and ready to play, we just conceded two late goals.

Much of the pre-match talk had been of Algerian revenge more than three decades after the ‘Shame of Gijon’ when Germany’s mutually beneficial 1-0 win over Austria sent Algeria home from the 1982 World Cup.

But Germany progress to the last eight to face France at the expense of the north Africans, who had reached the last 16 of a World Cup for the first time.

â€œWe’re very disappointed, because we felt there was something to have been had from this match,â€ said M’Bolhi. 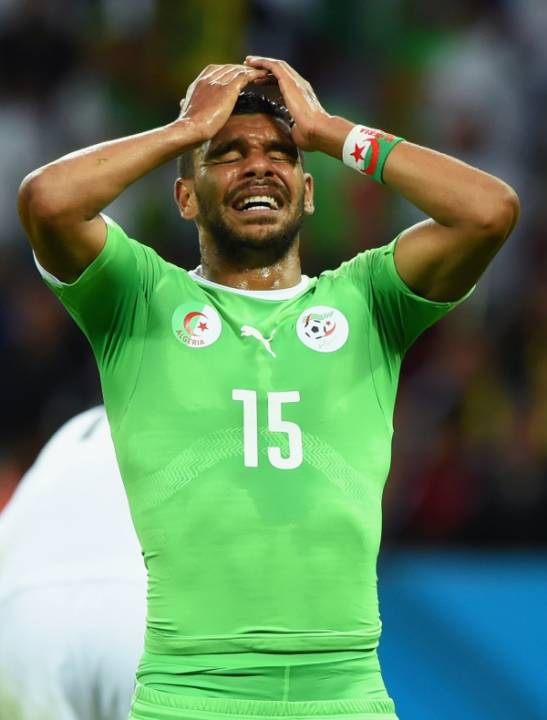 â€œWe’re part of Algerian football history, no other team went so far before and we showed we can play on an equal footing at the highest level.

â€œWe really want to build on this and push on.â€œ

Algeria coach Vahid Halilhodzic failed to attend the post-match press conference amidst rumours he will step down after the World Cup.

â€œThere are rumours going around, but we need to thank him for all he has done,â€ said veteran defender Madjid Bouguerra.

â€œHe took on the team when they were very low and has given us confidence, we all kissed him at the end and if he does leave, he needs to be rewarded.

â€œYes, we’re disappointed, but we’re proud of what we achieved at this World Cup.â€œ