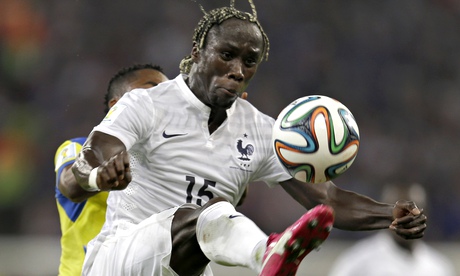 Muslim players in World Cup teams who have qualified for the last-16 round in Brazil face a thorny question on Sunday when much of the Islamic world will start observing the holy month of Ramadan with a dawn to dusk fast.

The question is trickiest for Algeria , who faces a formidable Germany on Monday. Muslims can also be found in the Nigeria and France teams and they will have to weigh their religious convictions against the effects of fasting on their performance.

â€œWe need to discuss it among ourselves,â€ said Algeriaâ€™s Djamel Mesbah. â€œItâ€™s clear that our religion is very important for the team, so we will talk about it and see how to go forward.â€

Athletes in the Olympics in 2012 faced the same hurdle, with many teams allowing their players to eat during Ramadan so as not to impair their performance and make up for it at another time or make donations to charity.

While fasting during daytime over the 30 days of Ramadan, including abstaining from drinking liquids, is mandatory for Muslims and one of the five pillars of Islam, there are exemptions, including for the sick, pregnant, infirm or elderly.

Those travelling, or going to war, are also excluded and it is under this provision that most athletes will delay the fast until a more suitable time.

The Algeria captain Madjid Bougherra pointed out that it is a challenge Muslim players in European clubs have long faced and when he was with Rangers, he fasted but made sure he maintained his performance level.

â€œThe hardest thing is staying hydrated, but itâ€™s OK, the weatherâ€™s good here,â€ he said. â€œSome players will postpone their fast for another time, but depending on my physical condition, I think I will do it.â€

Bacary Sagna, a Muslim player in the France squad, said that many of the players who do it are used to it from their time in the European leagues and able to function.

â€œAs a Muslim I know that there are certain rules that allow us to avoid it,â€ he said. â€œPersonally Iâ€™m not going to do it, everyoneâ€™s free to do as they will and I totally respect those that will do it.â€

From a religious standpoint, however, it becomes a bit more complex. Islam lacks a central hierarchy like the Catholic church and any imam can issue an opinion that is then obeyed depending on how much respect they command.

Even in Algeria, which has been bathing in the euphoria of qualifying for the last-16 of the World Cup for the first time in its history, there have been a range of opinions from religious scholars, with some coming out quite strongly against fasting exemptions.

â€œIt is not allowed for an Algerian player to avoid fasting just for a game â€“ they must fast because God is with those who fast and young people can fast and play at the same time,â€ said Mohammed Mekerkab, the head of Algeriaâ€™s association of religious scholars.

He also dismissed the exemption for travel claimed by most athletes since the provision was only for voyages undertaken in the search for knowledge, health reasons or fighting jihad.

Algeriaâ€™s government-appointed High Islamic Council has come down in favour of those wanting to delay their fast. Sheikh Mohammed Sherif Kaher, the head of the bodyâ€™s commission for religious opinions, said: â€œthose playing can abstain from fasting.â€

Dr Hakim Chalabi, a specialist in sports and fasting who accompanied the team to Brazil, admitted in an interview that it is a delicate question because of the need for hydration and the increased risk of injuries.

He noted that fasting was not always a total hindrance to players. â€œWe are often asked to urge players not to fast, but oddly, in some cases, there are athletes that get better results during Ramadan because they are fasting and want to,â€ he said. â€œIt can be a spiritual and psychological aid.â€