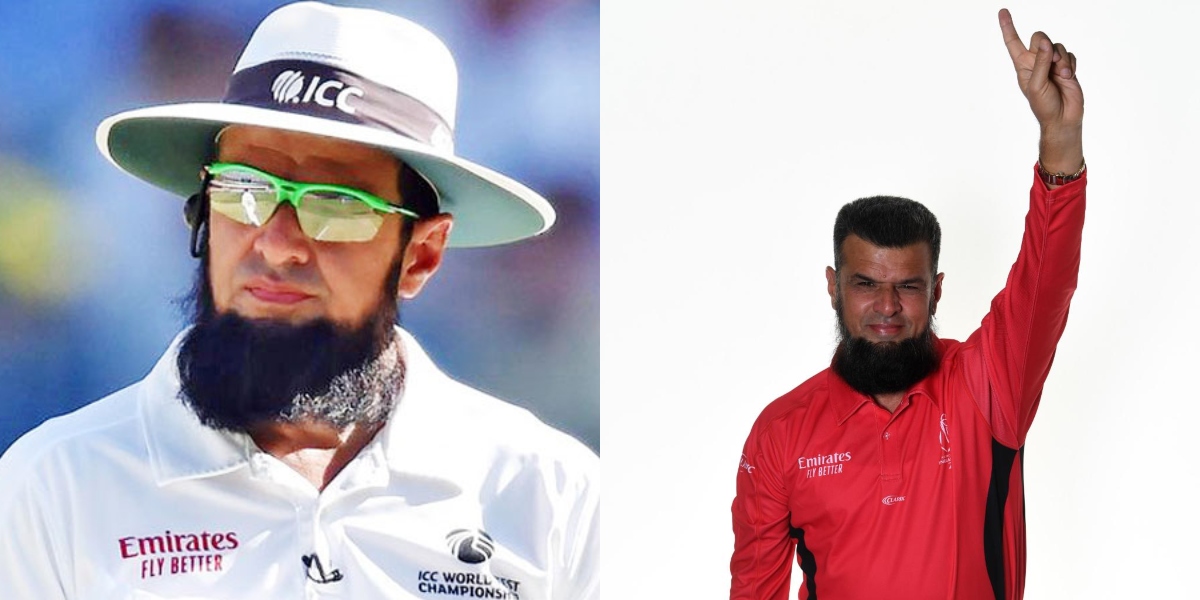 Pakistan’s Aleem Dar has broken the record for most One Day Internationals (ODIs) as an on-field umpire after standing in his 210th match.

His appearance in Pakistan and Zimbabwe’s second ODI in Rawalpindi on Sunday meant that he overtook the 209 games achieved by South Africa’s Rudi Koertzen. Dar has now officiated in 210 ODIs.

Dar expresses his gratitude for achieving the record

In a statement released by the International Cricket Council (ICC), Dar said,  “It is a matter of great honor for me to be on top of the list of both Tests and ODIs for umpires. When I had started. I had never imagined I would get this far. I can only say that I have enjoyed every moment on the field and learning has been an ongoing process all this while.”

He further added, “I am grateful to the ICC and PCB for backing me and providing me with all the opportunities. I am also thankful to all my colleagues match officials for their help and support.”

Dar played first-class cricket in Pakistan for over a decade as an all-rounder before taking up umpiring.

He made his international debut as an umpire in February 2000 in an ODI between Pakistan and Sri Lanka in Gujranwala, his hometown. He has been a part of the ICC elite panel of umpires for 16 years.

Dar’s record-breaking feat was appreciated by social media users all across the world. It was not only Pakistanis that did praise him. All cricket lovers congratulated him.

It is important to note that Dar already held the record for the most Test matches as an umpire (132). Dar broke the record that was previously held by legendary Jamaican umpire Steve Bucknor.

The 52 year old achieved the feat when he officiated in his 132nd match last year. The match was between Australia and New Zealand in Perth.

In T20Is, only fellow Pakistani Ahsan Raza sits ahead of Dar, with 49 matches to his name against Dar’s 46. Dar’s overall international tally now sits at 388 matches across all formats. It is evident that Dar’s record is indeed a proud moment for Pakistani cricket!