Our Desi Gora Alan Wilkins Spoke Some Fluent Urdu And Got

This year’s PSL was a kaleidoscope of enchanting moments that we cannot stop talking about. It was not only narrowed between two teams competing against each other. It was simply more than that and those who eagerly followed the tournament must know it. 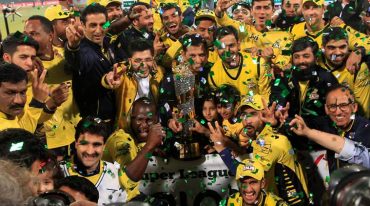 We could not get enough of the behind-the-scenes moments and crazy banter during games in PSL. We witnessed some of the best moments that tantalized our emotions, set us on the run for a nervous, exciting and enthralling experience.

There are many things to count when you consider all the great moments that made PSL special for us. Even our official commentators played a vital role in keeping the atmosphere warm. You must have heard of Danny Morrison and Alan Wilkins, most prominent commentators of PSL this year. 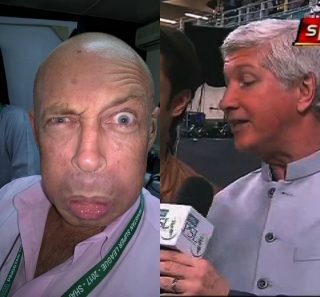 Indeed, they have done a commendable job in commentary alone. But we rather love them for the added humor and crazy antics they repeatedly did throughout PSL.

Alan, who appealed to our hearts for trying to speak fluent Urdu was in the mood last night to speak all he could.

Mubarak @PeshawarZalmi and @JAfridi10 on your @thePSLt20 triumph tonight. Thank You to all Pakistan Cricket Fans! You are amazing! Shukriya!

Thank You @thePSLt20 for the most wonderful month of cricket. See you for #PSL3. Mubarak @PeshawarZalmi

Oh, Alan Wilkins, our desi goray, you, your Urdu and your commentary were extremely missed last night during the PSL Final in Lahore. Hoping to see you back in the 3rd installment of PSL.

Congratulations to Peshawar Zalmi for winning the Pakistan Super League season 2 and hope that the rest of the teams return stronger for next year’s edition. Till next time!

Karan Johar Became A Father Of Twins Through Surrogacy And Indians Literally LOST It!
Mawra Hocane Was Trolled By Pakistanis For Posting This Hilarious Tweet Last Night!
To Top