It is quite unfortunate to witness the caliber of education in Pakistan getting worse over the years just for the sake of money. Especially, the ‘Saeen Sarkar’ hasn’t left any chance to derail the future of the students of Sindh.

Well, the ongoing lockdown due to the pandemic is the cherry on top as students aren’t satisfied with the online sessions. However, the Higher Education Commission (HEC) is now considering options to make exams happen. Currently, a video of FixIt’s Alamgir Khan is gathering attention in which he is exposing the corruption of the Sindh government behind education.

Starting with the infamous Bhutto, Alamgir Khan stated, ”Today, I swear to God that (Zulfiqar Ali) Bhutto isn’t going to come out of any house. And he won’t be born in the same province again. Because someone who is courageous and competent like Bhutto comes out of a good educational institute. And in this Sindh province, the quality of education is completely devastated. See for yourself.”

”Here students are cows, buffaloes, goats, donkeys. They are tied here and are getting an education, they are the final product, they get a degree from here. As per the Article 25A of the constitution, ‘The state shall provide free and compulsory education to all children. Between the age of five to sixteen years in such a manner as may be determined by the law’‘, he added.

Not many schools, no basic facility 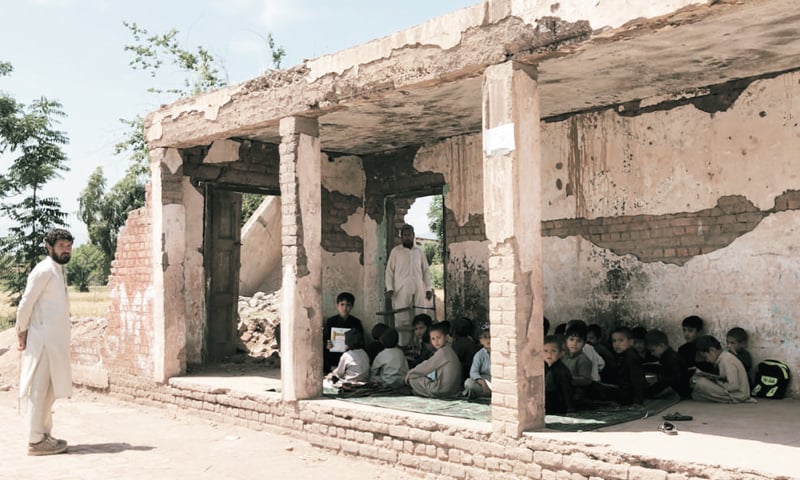 ”Its disappointing because in Sindh’s education sector 600 billion rupees have been spent till now. Then where is all the money going? I’ll demand answers for every penny of my tax money. Parents come to us and complain that their children study in private schools and the fees are touching the sky”, he revealed.

Making money in the name of education

Moreover, he asserted, ”Well, these institutes are in the money-making business. Every month they pay 10,000 rupees bribe to the education ministry. Which is why they are easily running their business in a 120-acre rent bungalow. For the worried parents, I’ll say that there are government institutions if the authorities have the will to make things right.”

He concluded with, ”In this same Pakistan, in Islamabad, there is a fine relatable example. There the government schools are providing better education and people have started leaving private institutions.” Well, last week, journalist Iqrar Ul Hassan also bashed the Sindh government for doing corruption over the years.

This Hindu Man Can’t Tolerate A Word Against Pakistan And We Are Speechless
Javed Akhtar Wants To End Azaan On Loudspeakers, Says It ‘Discomforts Others’
To Top