Fixit is a non-political platform that deals with addressing the issues surrounding the lives of common people of Pakistan. Pakistanis, as a vast majority are caught between the substandard level of facilities that majorly come under the responsibility of federal and local government. There have been mass protests against the government’s failure to attend these problems with standard solutions, while of all protests carried out till this day, Fixit holds the pedestal of supreme importance.

Alamgir Khan, the main man behind Fixit is seen every now and then on the roads of Karachi waging protests, carrying out civic duties rather by himself under campaigns for the sake of bringing attention to the government. He could be found collecting garbage from the roadside with his team, cleaning areas affected by the damages of rain and stagnant water and basically anywhere our local government is liable to take action but fails to do so. 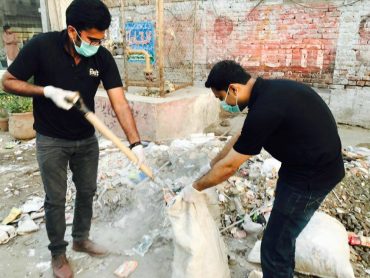 Yesterday, Alamgir Khan and his Fixit team laid a big protest against the police. It was termed against alleged ‘police brutality’ on civilians as Alamgir Khan felt that the police has rather a greater responsibility to fulfill than harassing the local people. The protest was being carried at the outskirts of Karachi Press Club, as the activist along with many people joined hands and raised their voices against the alleged misconduct of local police. Karachi police came to the scene and pulled a crack down just when Alamgir Khan and his supporters were heading towards the Chief Minister House. 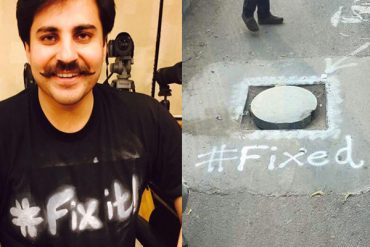 “We warned the protestors not to march towards the Chief Minister House but they tried to take the law into their hands and were becoming difficult to control.” – Police Officer 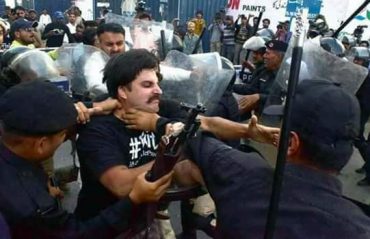 Condemn the sindh govt’s arrest of Alamgir Khan & other #fixit protestors,They should be released as voice of common man can’t be muted!

Great work #Alamgir. They know you are right and they are wrong but they don’t know how to #Fixit

Alamgir Khan was released from Lyari Kalakot police station. As he came out, his supporters lifted him on their shoulders. People stand shoulder-to-shoulder with Alamgir Khan and continue campaigning against the alleged brutality of police and local government not heeding the issues common people face.

What do you guys think about Alamgir Khan and Fixit?