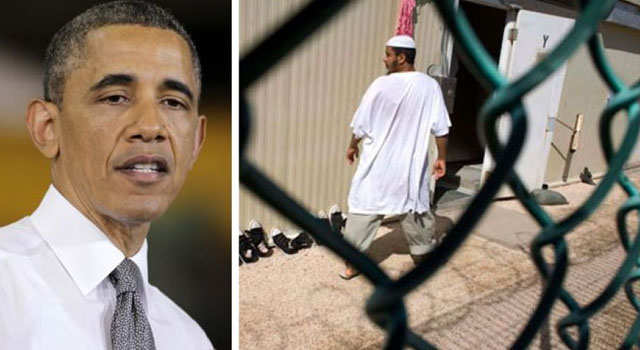 President Obama finally addressed the nation Wednesday about the growing scandal at the U.S. Department of Veterans Affairs. After meeting with VA Secretary Eric Shinseki he pledged to hold folks accountable.

By now most American have heard about the VAâ€™s infamous patient â€œsecret wait listsâ€ which reportedly contributed to the deaths of up to 40 veterans in the Phoenix area alone. Those patriots were American heroes who served our country proudly. Yet they were left to die waiting to see a doctor.

Hereâ€™s another secret the White House doesnâ€™t want you to know about the VA. Al Qaeda detainees get better medical treatment than our veterans.

Yes, itâ€™s true. I know because I served as a Pentagon spokesman from 2005-2009 and visited Guantanamo Bay Naval Base over 30 times during those years.

Despite the fact that Al Qaeda terrorists carried out the Sept. 11 terror attacks, killing 3,000 people in America, the admitted co-conspirators and their roughly 150 fellow jihadists at Gitmo have approximately 100 doctors, nurses and health care personnel assigned to them.

Doctors and medical personnel are at their beck and call. Got a cold, a fever, a toothache, a tumor, chest or back pain, mental health issues, PTSD? No problem, come right on in. Military doctors are waiting to see you.

But beyond the Gitmo numbers, the situation at the VA is also a bright, shining example of misguided priorities and terrible mismanagement.

In late 2008, when Obama was president-elect, he and his staff were warned not to trust the wait times reported by VA health care facilities. But instead of fixing the problem, their focus was closing Guantanamo and improving the comfort of detainees. Even though they already lived under some of the best prison conditions ever seen.

While some who see â€œ2008â€ may reflexively say, â€œblame Bush, not Obamaâ€ the fact is that the VAâ€™s health system has been fatally flawed for years, regardless of who has been the president.

The VA is a classic example of big government gone wild. It is Americaâ€™s second largest cabinet agency after the Defense Department. Since civil service promotions are traditionally based more on seniority than performance, and itâ€™s near impossible to fire anyone, thereâ€™s a punch-the-clock mentality thatâ€™s pervasive. Not surprisingly, there’s little to no sense of urgency. So to instill incentives, the VA shells out high salaries and bonuses, deserved or not.

According to a Fox News report, Phoenix VA hospital paid staff up to $357,000 for doctor executives and $147,000 for nursing staff. On average, doctors and nurses in Phoenix make just over half those figures.

Meanwhile, the gardening budget at Phoenix VA hospital was over $180,000 in 2013. The facility also spent $211,000 on interior design over the past three years.

If any government entity ever needed a complete overhaul, itâ€™s the VA. If it were in the private sector, it would have been shuttered long ago.

Todayâ€™s VA has near zero accountability, while labor unions fight to protect employees who aren’t doing their jobs. Shinseki and his senior staff should be the first to go.

President Obama needs to refocus his priorities. There must be less time, effort and energy caring for Al Qaeda and Taliban detainees at Gitmo and much more attention put on caring for America’s veterans.

Our veterans have served the nation proudly. In many cases they were gravely wounded during their service and now will require a lifetime of medical support. Every one of them deserves better.

J.D. Gordon is a retired Navy Commander who served as a Pentagon spokesman in the Office of the Secretary of Defense from 2005-09. He serves as senior adviser to several Washington-based think tanks.

Russia will work with whoever elected in Ukraine – Putin
Aaj with Reham Khan-23th May,2014-AajNews- Reham (VIDEO)
To Top