Both, Edward Maya and Akcent have performed numerous times in Pakistan. Last year in October, Maya performed in Peshawar KPK, a place where most of the Pakistanis never thought an international celebrity will perform due to security concerns.

Akcent also performed in Islamabad last year and Islamabadis made sure they showed the Romanian singer their wild side.

While both these Romanian singers, composers, DJs and performers love performing in Pakistan, Maya would be visiting Lahore for the first time since he started touring in Pakistan. 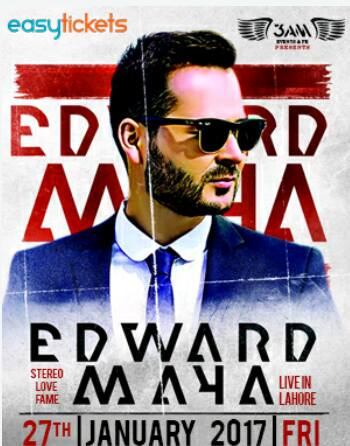 Performing on the 27th of January in Beaconhouse Defence Campus, King of EDM is set to show Lahoris how to party in style.

On the other hand, Akcent will be grooving in DHA Golf Club in Karachi on the 3rd February 2017. Akcent will be embracing the crowd of Pakistan after 7 years, last performing in front of 2,000 crazy Lahori fans in December 2010.

These Romanian entertainers gave us a number of hits to groove in the mid and late 2000s. These include That’s My Name, Stereo Love, Stay With Me and Desert Rain.