Shaheed Cpt. Akash Rabbani’s Mother’s Heartfelt Letter For Her Brave Son Is So Powerful, It Will Make You Cry!

We don’t realize what the Pakistan armed forces are sacrificing to protect the homeland. Pakistan has always been on the hit list of enemies who can go to any low to devastate the calm conditions of the country. You feel safe in your home? You can sleep peacefully in your bed? You are moving on with your life without any fear? That’s because of the jawaans protecting your country borders without caring about their own lives.

Our jawaans sacrificing their lives to protect us!

Pakistan Army is considered to be the best in the whole world and that’s because of the soldiers who are trained to embrace ‘Shahadat’. We never think of what a family goes through when it gets to hear the news of their son’s passing away. We can’t even imagine the pain the family endures. There are thousands of stories like this and there are going to be such stories in future too but no one can understand the sorrow of the family who has lost its hero in the brutal warfare. 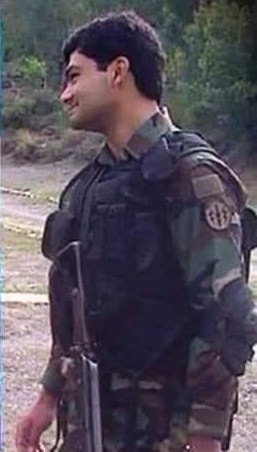 Also read: This Letter From Cpt. Hassan Javed Written For His Family 15 Hours Before Shahadat Will Break Your Heart

Recently, a post on Facebook made Pakistanis extremely emotional. A mother named Sajida Rabbani wrote a letter for his Shaheed son Captain Akash Rabbani of Pakistan Army and it got many in tears. The sentimental letter was then shared on several different platforms and a lot of prayers were sent her way.  In the letter, the mother is remembering her son Shaheed captain Akash.

“It’s been 5 years since you left us. Nobody knew that 17 and 18 May 2014 in Tarbela would be the last days I’ll meet you. If I knew that I’m seeing you for the last time, I would have somehow saved those precious moments. At one point, I feel happy that 3 years have been less and I’ll meet you soon but only Allah knows how much time is still left on me.” 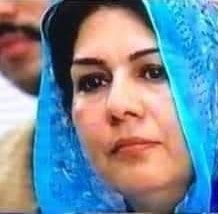 “Kashi I don’t know that I Jannah is my ultimate fate or not but I’m just waiting for that Jannah where I’ll be with all my kids and family and getting separated will be no option. Kashi your seat in the lounge remains vacant, there’s no plate, spoon, and fork on the dining table in your name, no one shops by your name, your clothes don’t get washed, now I don’t have to make your bed, I don’t have to call and ask you about your arrival, I don’t receive any message by your name, I don’t get calls by your name, my dear Kashi, I can’t even tell you how badly I miss you.”

“Kashi we went to Captain Salman Sarwar’s martyrdom anniversary to Lahore. We all had a story written on our faces which we could easily read. Spending 2 days with people of same sorrow felt good. Kashi whenever I listen on any talk show about the peace situation getting better and incidents of terrorism see a good low, either some General takes credit or any Government nominee tries to snatch it but the literate anchors also forget that the jawaans have sacrificed their precious lives for the sake of the country.”

“Just like other mothers of Shauhda, it hurts me too. Kashi Ramzan is near, I’ll try to pray well and everything is good at home and do pray for everyone. Now, i need to leave. Allah Hafiz. Your mother Sajida Rabbani.”

May Allah give sabr to Shaheed Captain Akash Rabbani’s mother and may our armed forces be in Allah’s protection.

Felt emotional reading the letter? Let us know in the comments below!

Automotive Industry In Pakistan Witnesses Decline In Sales Around 40 to 60 Percent And Expecting 150,000 Job Cuts
Illiterate Teachers In Quetta Are Making Little Girls Clean Classrooms By ‘Jharoo Pocha’ During Classes!
To Top