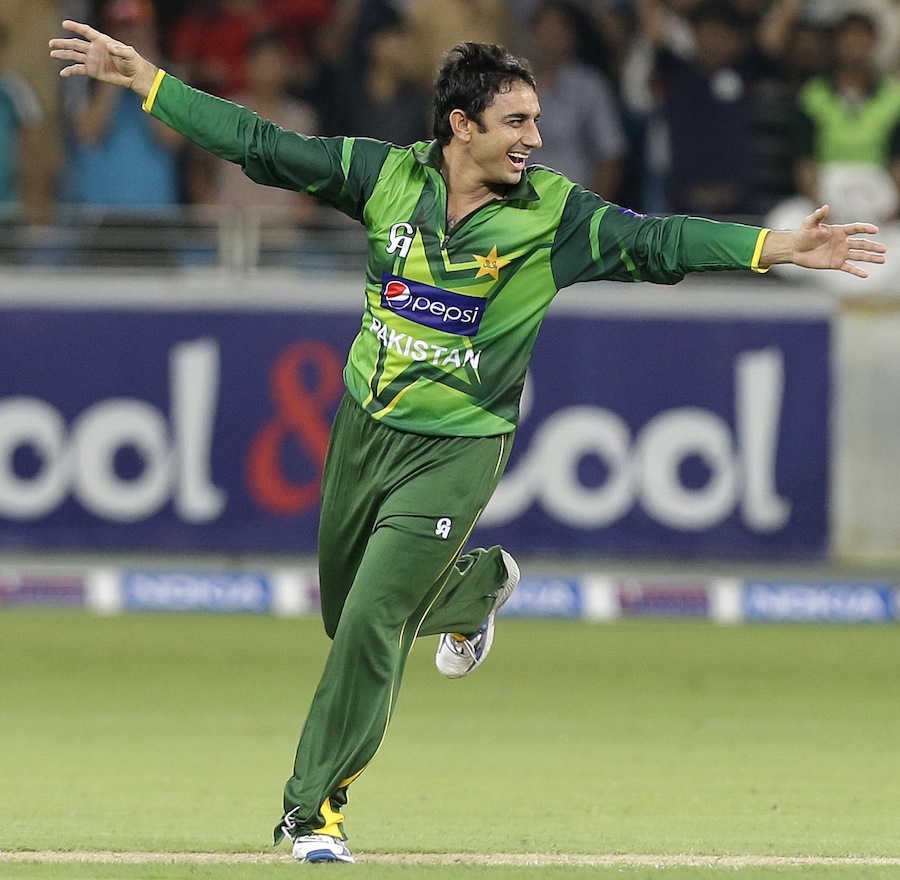 Saeed Ajmal could yet make an appearance at the ICC Cricket World Cup after the off-spinner’s remodelled action was found to be legal by official re-testing in Chennai.
The International Cricket Council today confirmed Ajmal and Bangladesh off-spinner Sohag Gazi had both been cleared to resume bowling in international cricket immediately with all deliveries tested within the 15-degree level of elbow extension permitted.Ajmal had failed to get his action within limits at some unofficial testing in Karachi last year and as such was omitted from Pakistan’s World Cup plans. Teams are not permitted to make a change to their nominated squad unless there is an injury, and then any change has to be approved by the ICC’s technical committee.Umpires had been provided with updated images and video footage of both Ajmal’s and Gazi’s new actions, which a statement from the ICC described as “significantly remodelled legal bowling actions”.Both bowlers were tested at the Sri Ramachandra University in Chennai on 24 January.Ajmal was reported after the first Test against Sri Lanka in Galle in August. Gazi was also reported in August after a one-day international against West Indies in Grenada.Both bowlers failed their initial tests after being reported for an illegal action, with Ajmal travelling to Brisbane where he was tested at the Bupa National Cricket Centre.Pakistan allrounder Mohammed Hafeez was due to have his action re-tested in Brisbane on Friday, but the test was delayed with the bowler suffering a foot injury.The Article Was First Published in Cricket Australia

Filmmaker challenges culture of ‘collective guilt’ by making ‘Dutch children apologise for terrorism’
What Happened When Randomly Indians Spoke with Pakistanis on the Phone?
To Top