Veteran actor, Aisha Khan shared a news with her fans and following, concerning her departure from showbiz. The news came abruptly and sent a wave of shock in all squares of the entertainment industry. Many actors and artists came forward to respect her decision, while her fans and followers expressed their sincerest gratitude for the star for giving incredible years of her performance on screen. 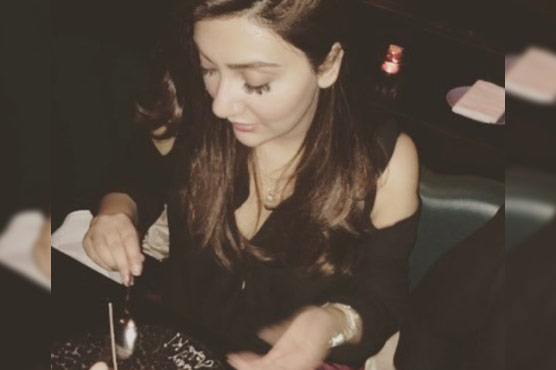 All eyes were on what would Aisha Khan take on next? It was also largely speculated that she may have taken such a strong decision to focus on her personal life. Well, it turned out to be true because months after the news, it was revealed that Aisha Khan was getting married to Major Uqabah. The news could not be any more fascinating for her fans and followers who imminently got excited about it! Thereafter, her wedding festivities began and she looks gorgeous as ever.

Pictures and videos have taken over social media. One after another, highlights of her wedding festivities are appearing on the social media feed and has caught everyone’s attention. Just yesterday, video of her and Major Uqbah dancing to “Despacito” on their mehndi appeared and people loved it!

Now a video of Aisha Khan penning the Nikkah script is circulating all over social media and people really do not want to miss out on that one either.

Must mention, she looks stunning. People are offering their heartiest congratulations and warmest wishes to the couple on starting their journey together. We are so happy for our brilliant entertainment star!

Congratulations to Aisha and Major Uqbah! May they continue to prosper and we shall be geared up for more highlights relating to her wedding. What do you guys think about the couple, share it in the comments?

After Meeting An Indian Girl, I Found Out That There Is No Such Thing As “Sarhad Par Dushman”
Every Reason Why You Should Support TCF (The Citizen Foundation)
To Top