Celebrity gossips and watching them holding grudges against fellow artists eventually, create an entertaining pave for the masses. Sometimes, depending on the issue, people see their favorite stars turning into their worst avatars but also get thrilled to see them getting forward. Celebrities who have an embark in the entertainment industry often prefer marrying outside the field while some marry within and fans can’t stop drooling over their crazy events.

And it’s a baby girl for Aiman and Muneeb!

Recently, a famous name from Pakistan’s entertainment industry was seen celebrating the revelation of her coming child. Actors Aiman Khan and Muneeb Butt got married last year in November and their lavish wedding made headlines throughout. Recently, Aiman Khan had her ‘baby shower’ which was supposed to be a private event but somehow the pictures got leaked on the internet and the actress didn’t take it so well. 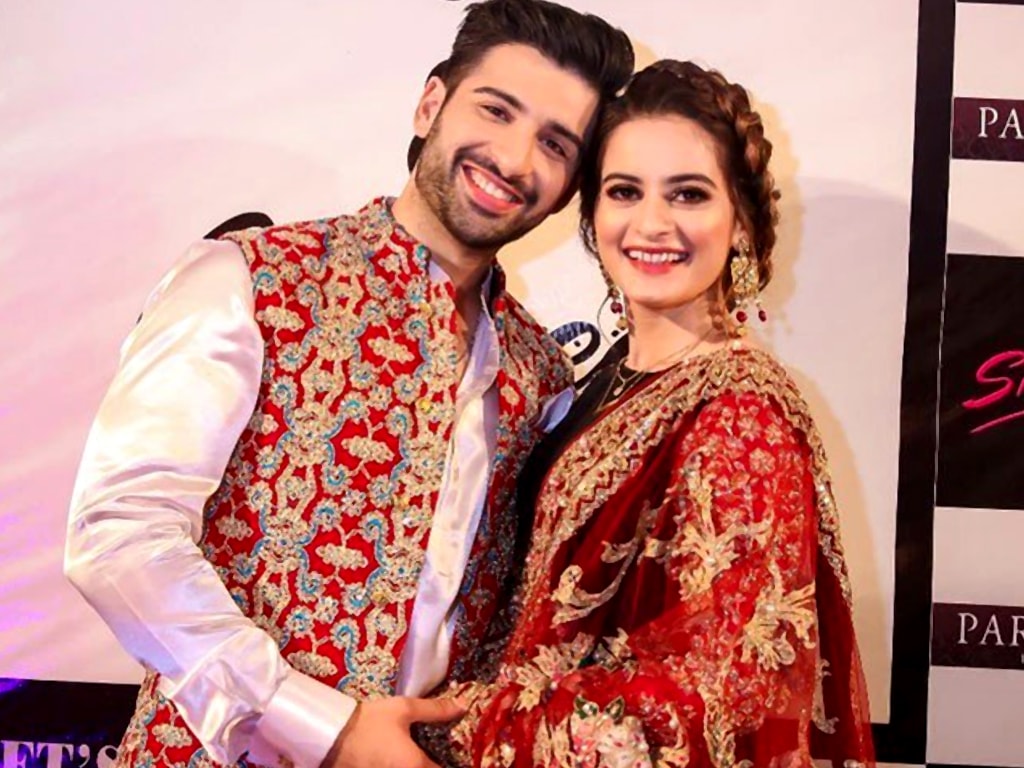 Also read: Ahad Raza Mir Is Slowly Revealing Details About Marriage With Sajal Aly And This Is Going To Be Huge!

Later it was revealed that the actress is expecting a baby girl and Pakistanis only had good wishes for her. Soon after the pictures went viral on social media, Aiman Khan posted a ‘disappointed’ post on her official Instagram which showed her anger towards the person who invaded her privacy and leaked the personal pictures.

This is what she said on the matter! 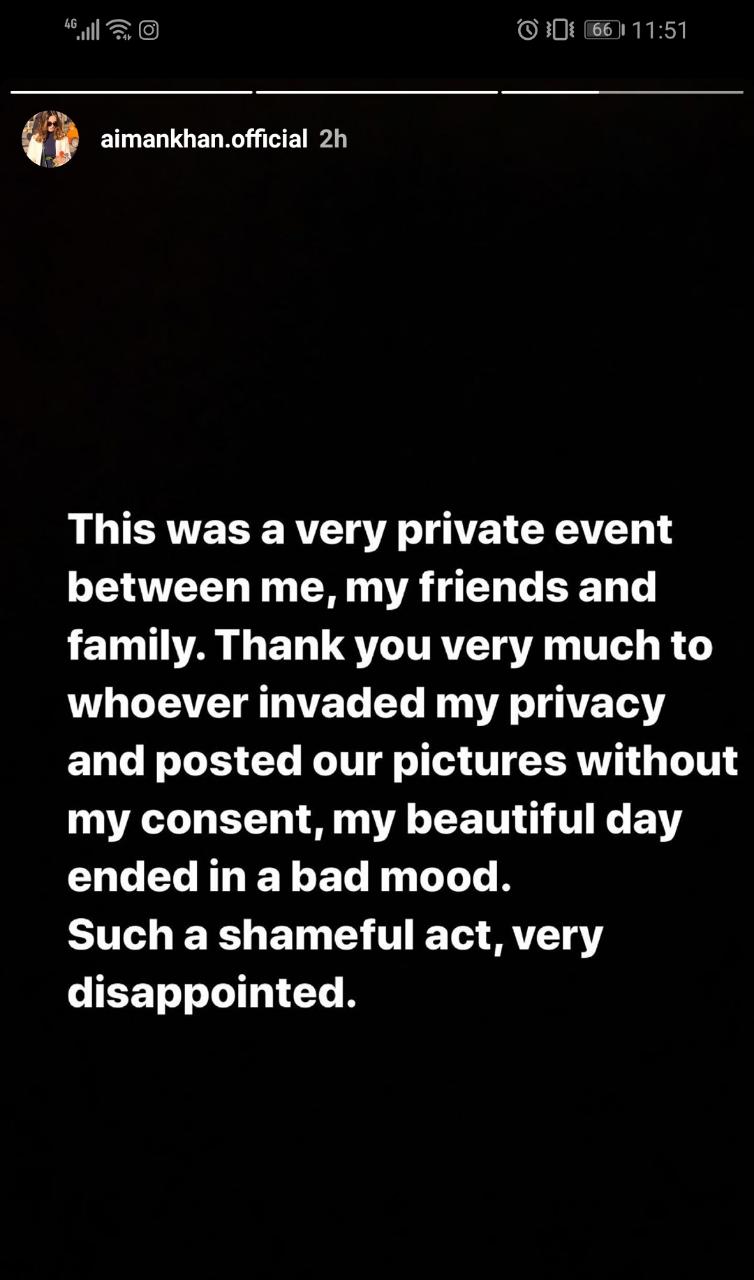 Following are the pictures which went viral on social media:

Here’s the ‘mommy to be’ everyone! The twin sisters looking all happy at the affair! 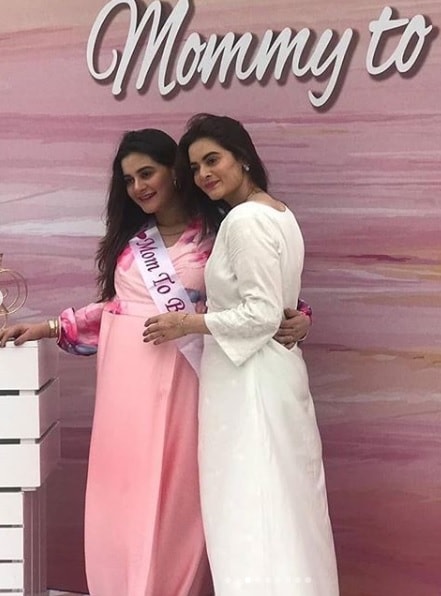 Aiman and Minhal with other close friends! 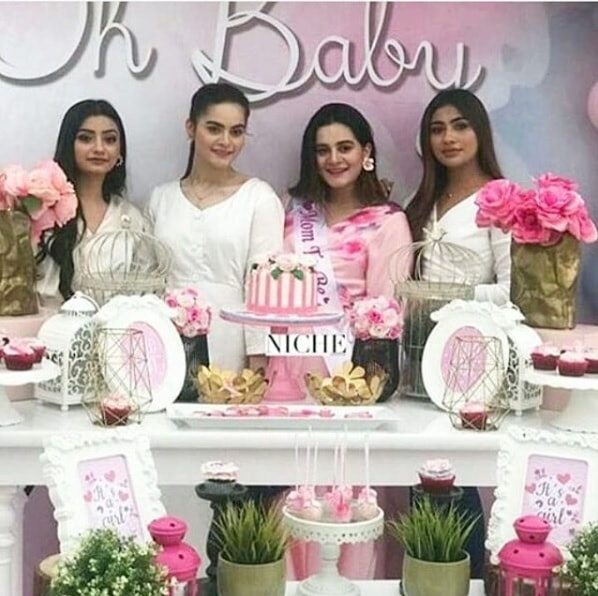 In the private event, only family members, close friends or relatives were invited and only they had pictures. After Aiman Khan’s fuming Instagram post, people were stunned on the ‘leaking part’ as her twin sister Minal Khan and co-actress Kinza Hashmi had posted pictures from the event on their social handles, themselves.

This is what Minal Khan posted on her story during the event! 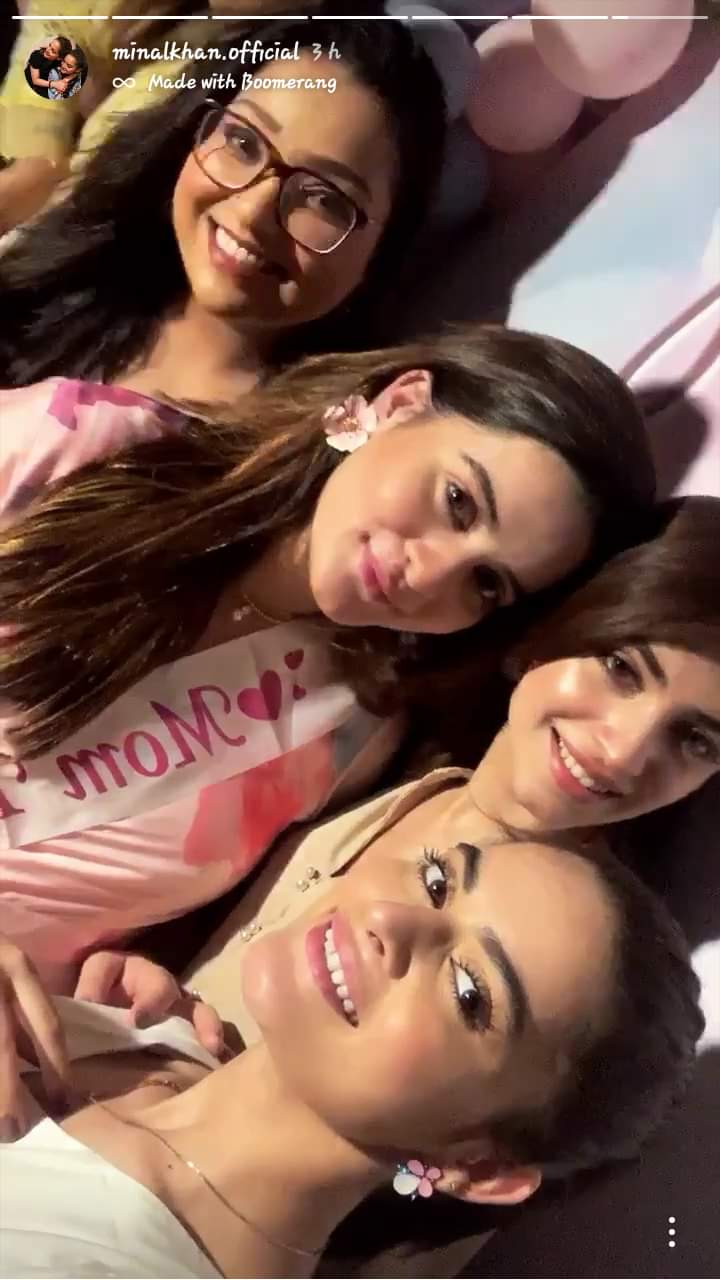 And here’s the story from Kinza Hashmi’s official Instagram! 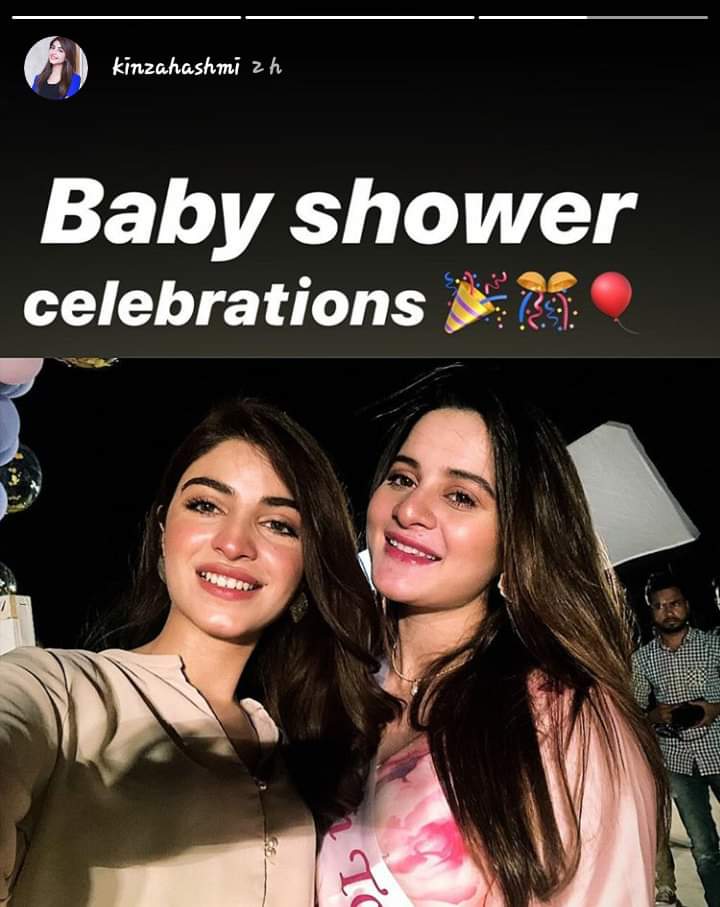 Check out: 2018 Was The Year Of Celebrity Relationships And The Gossip You Need!

Suspicious! As the attention was gathered, posts and stories regarding Aiman Khan’s baby shower were deleted from Minal Khan and Kinza Hashmi’s social accounts. Well, whatever the matter was or whoever actually DIDN’T invaded Aiman’s privacy from inside, oops! we wish the best to Aiman and Muneeb for their future.

Have something to add to the story? The comments section is just open!

A Woman In Karachi Is Educating Maids For Free & She’s Setting An Example Of Giving Back To Society!
All You Need To Know About The Significance Of Day Of Arafat
To Top