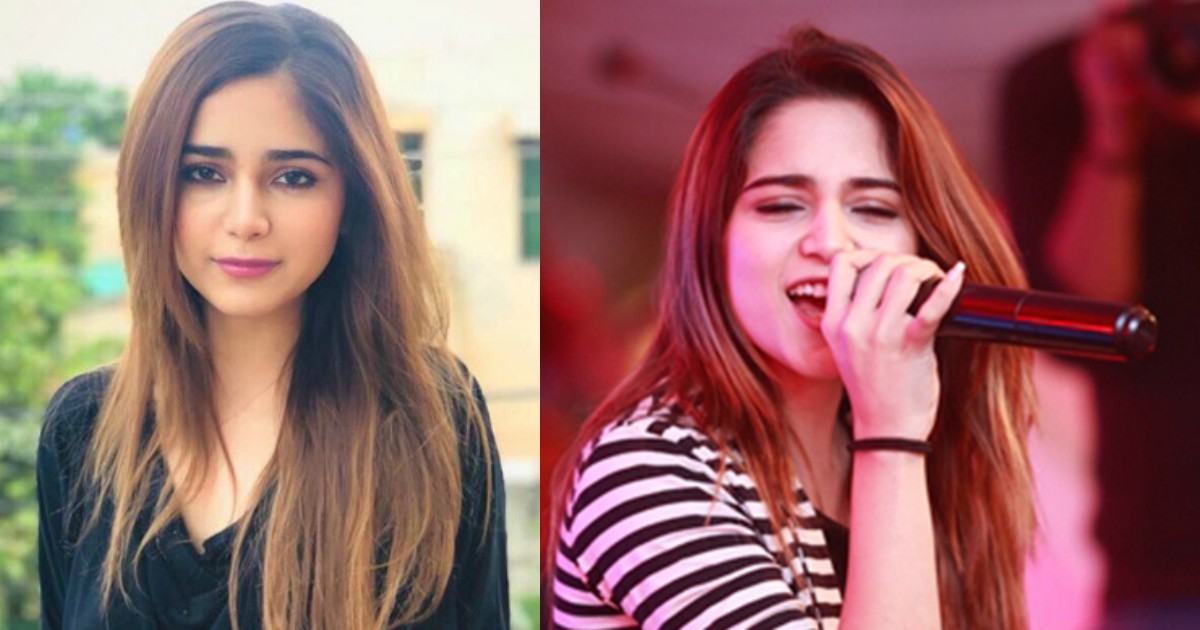 Pakistan is home to a lot of talent but unfortunately, due to the lack of proper platforms, the capable and competent youth of the beloved country has been overlooked. This article would discuss in detail on of Pakistan’s most loved music sensations, Aima Baig and her career.

Unlike our neighboring country where talent hunt shows are helping youngsters to get recognition and start their careers, Pakistan is far away from organizing such sort of events.

Thanks to Coke Studio and Pepsi Battle Of The Bands, both the platforms have showcased the immense talent of Pakistan in the past couple of years and it seems that they have vowed to raise the bar with every season.

In 2016, Strings exhibited the most valuable gem of the season. Yes, we are talking about none other than Momina Mustehsan who got famous internationally after singing ‘Afreen Afreen’ with music maestro and qawwal Rahat Fateh Ali Khan.

Following the pattern, Strings brought another great and soulful voice to the platform in Coke Studio Season 10 of the year 2017, any guesses?

The talented singer who enthralled her fans with her powerful voice, the versatile and cutie pie of Pakistani music industry who has given her best and you have also seen her performance in Pakistan Super League Season 4, yes you have guessed it right. We are talking about the talented girl with a dynamic personality – Aima Baig! 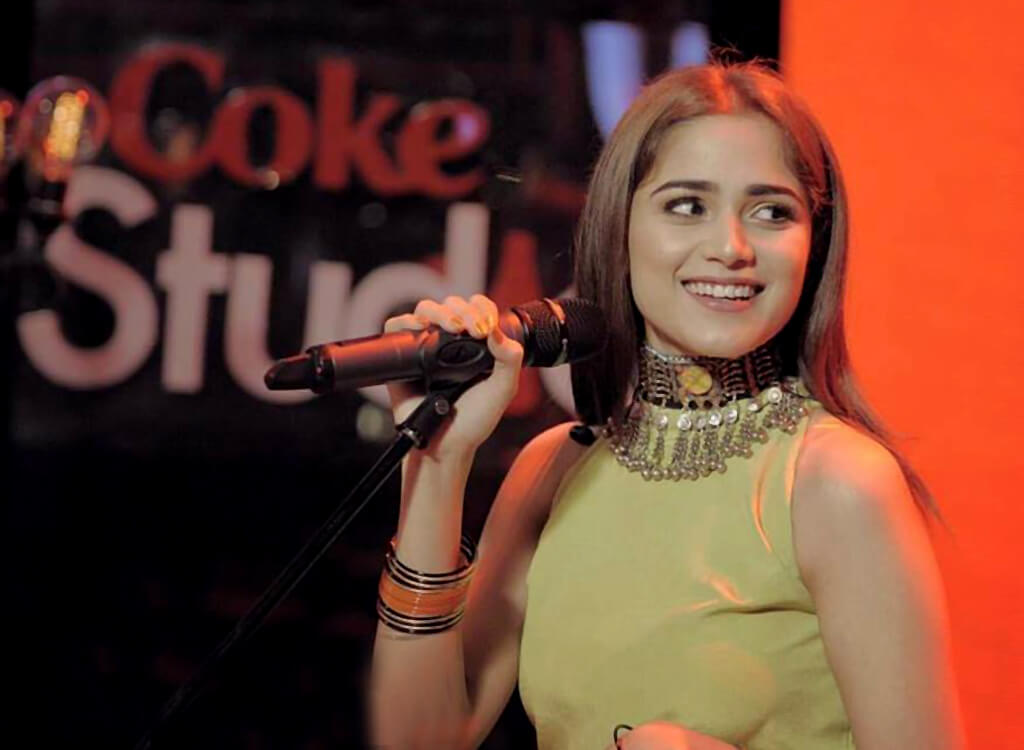 Aima Baig was raised by her father in Oman. Since the age of seven, she has been passionate about music. Aima lost her mother at an early age as she was diagnosed with cancer, Aima collaborated with her uncle Mubashir Lucman for a public service message to raise awareness about cancer.

They both sang ‘Summer Wine’ for Shaukat Khanum Hospital charity drive. “My mother died of cancer and I wasn’t able to do anything at that time, so it was my way of giving back,” Aima told while talking to an interviewer.

She revealed to the news correspondent that her family initially discouraged her from joining the media industry. “I’ve always been very private. A loner of sorts I’d say.

I never sang in front of my family and when I decided to pursue my career as a singer, it wasn’t always all rainbows and butterflies,” she shared. “My family had their share of concerns, they knew survival in this industry is no piece of cake, but gradually they understood.” 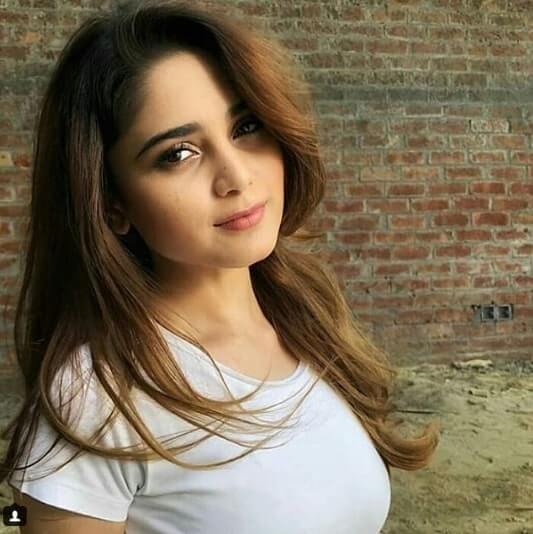 For Aima Baig and her career, wonders started to happen when she sang a ‘mili-naghma’ live for PTV, which was ‘Ae Rahe Haq Ke Shaheedon’ – her soulful voice brought tears to the martyrs’ families eyes and created a stunning stature for Aima Baig in the music world, authenticating her career.

Soon after her appearance with Mubashir Lucman, Shiraz Uppal – the music director of Wajahat Rauf’s Lahore Se Aagey chose Aima Baig as a playback singer, Aima Baig was at her best in debut film be it ‘Kalabaaz Dil’, ‘Befikriyan’ or ‘Ahle Dil’.

She won the LUX Style Award for Best Female Singer – Film for the song ‘Kalabaaz Dil’. Aima Baig gave credit to Shiraz Uppal for all the efforts he put in the song and forced her as well to do the best.

Recalling the memories, Aima Baig told that it was one of the most difficult songs she has ever sung. ‘That’s not my genre and that wasn’t my voice either. I had made it up, because of the bazaari feel Shiraz wanted the song to have.”

Aima was heavily criticized for copying Rekha Bhardwaj, the Bollywood singer to which Aima replied that I didn’t imitate her, I tried to adapt the tone and Shiraz Uppal gave me Rekha’s reference for the song ‘Kalabaaz Dil’.

Aima added that Rekha Bhardwaj is a living legend and if people are comparing her with Rekha, it is an honor for her. 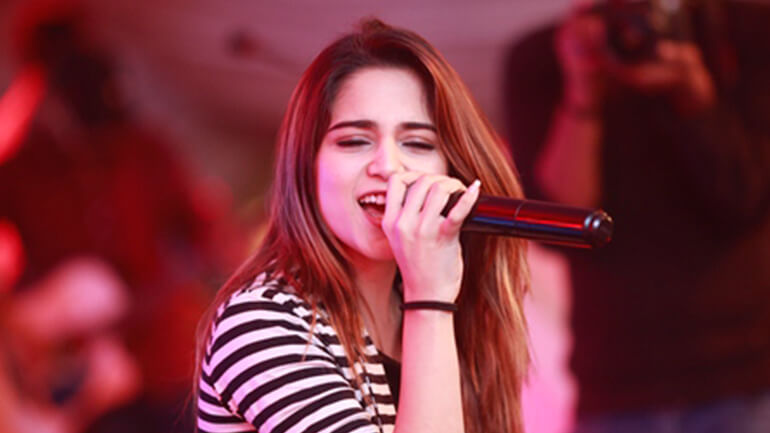 Baazi, Baanware, Aatish, Malang are some of her melodious songs from Coke Studio. The rising star has also lent her voice for blockbuster Pakistani movies including Parwaaz Hai Junoon, Arth 2, Na Maloom Afraad 2 and Jawani Phir Nahi Aani. Aima Baig has collaborated with Asim Azhar on a single composed by once again Shiraz Uppal.

Aima thinks it is her versatility which made her successful in a very short time of span. “I think I just have versatility in me as I can make any tone and sing in that as there are many girls with beautiful voices who are sitting idle”, added Aima.

The powerpack performance was loved by her fans. On the other hand, Aima Baig and the organizers of the PSL was criticized for using the famous song without prior notice. 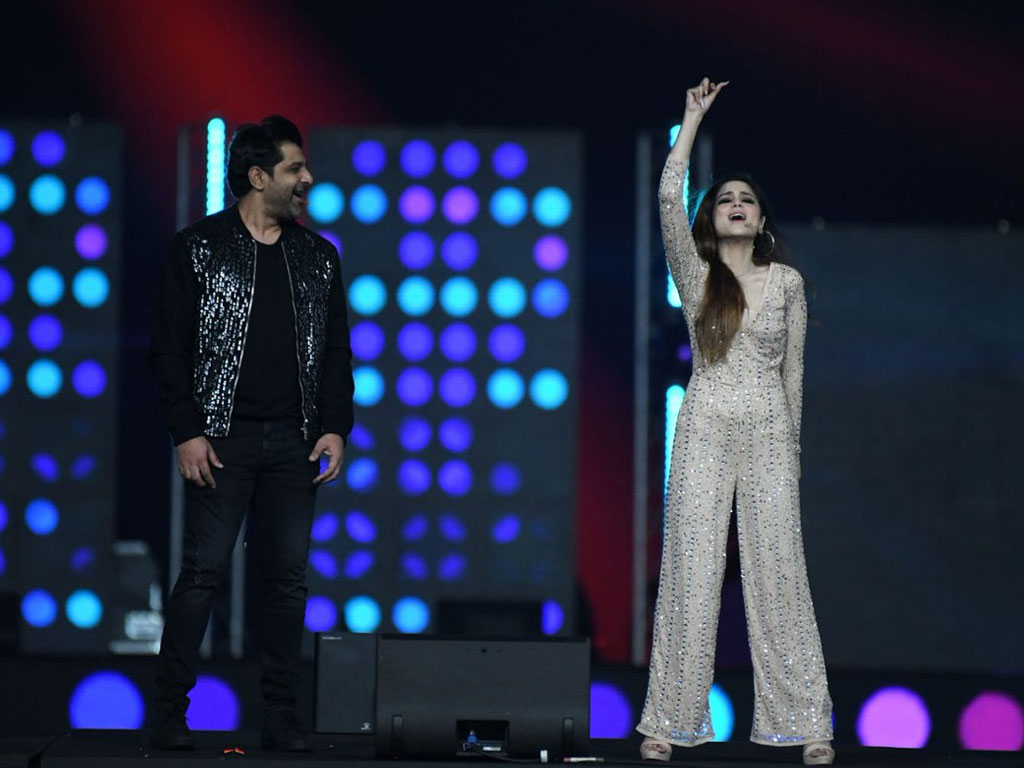 Late Nazia Hassan’s brother Zohaib Hassan has said that he will take legal action against the organizers for using her sister’s hit song ‘Disco Deewane’ without his consent.

Zohaib said in his tweet that, “I was shocked to see that a reputable platform like PSL used our track Disco Deewane without our prior permission. Outright infringement of intellectual property should be condemned and I am going to take a legal stand on this one!”. 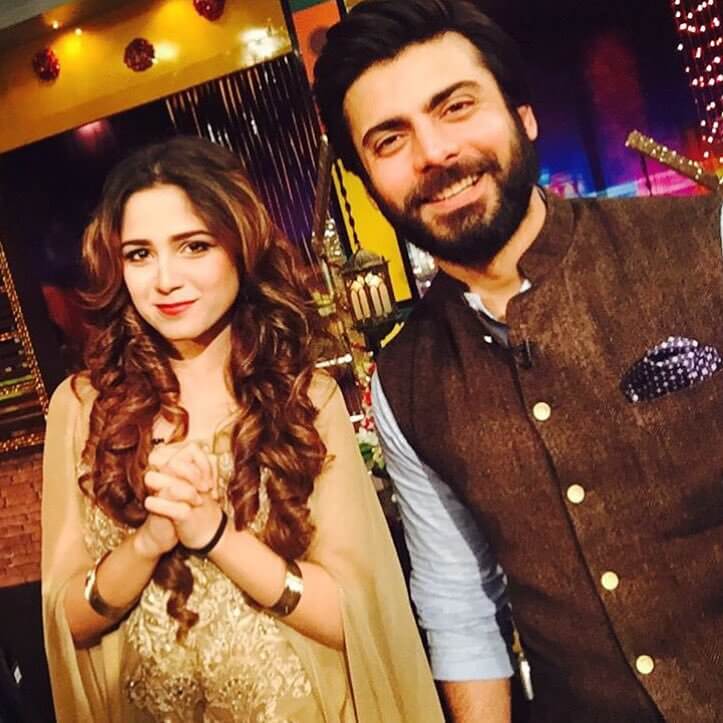 Aima Baig is everyone’s favorite but do you know who is Aima Baig’s favorite? With whom she wants to sit and talk? Well, she is a fan of Fawad Khan and Fahad Mustafa! Aima’s female crush is Mahira Khan.

She revealed in a talk show that the innocence in Mahira Khan’s face is so appealing even she wishes to have the same upon reaching her age.

‘They are every girl’s favorite and both are brilliant’, Aima told the interviewer. Talking about hidden talent, Aima Baig revealed that she loves to write. ‘I have always been a writer. In fact, I wrote my first script two years ago’, she added.

Aima Baig didn’t restrict herself to a certain circle, a certain career, which is a good thing, it is rightly said that music has no boundaries.

She revealed in the interview that she’ll be collaborating with Bollywood pop singer Mika Singh for an upcoming project. She has shared a picture with him as well from her official Instagram account.

Aima Baig’s song will be releasing soon, let’s see if her collaboration with Mika Singh will create the magic or not. For now, Aima Baig’s career is thriving and escalating!

5 Reasons Why Lahooti Melo 2019 Was Out Of This World And You Probably Missed Out On A Lot!
Here Are 5 Cute Things You Can Do For Your Loved One To Make Them Feel Special!
To Top