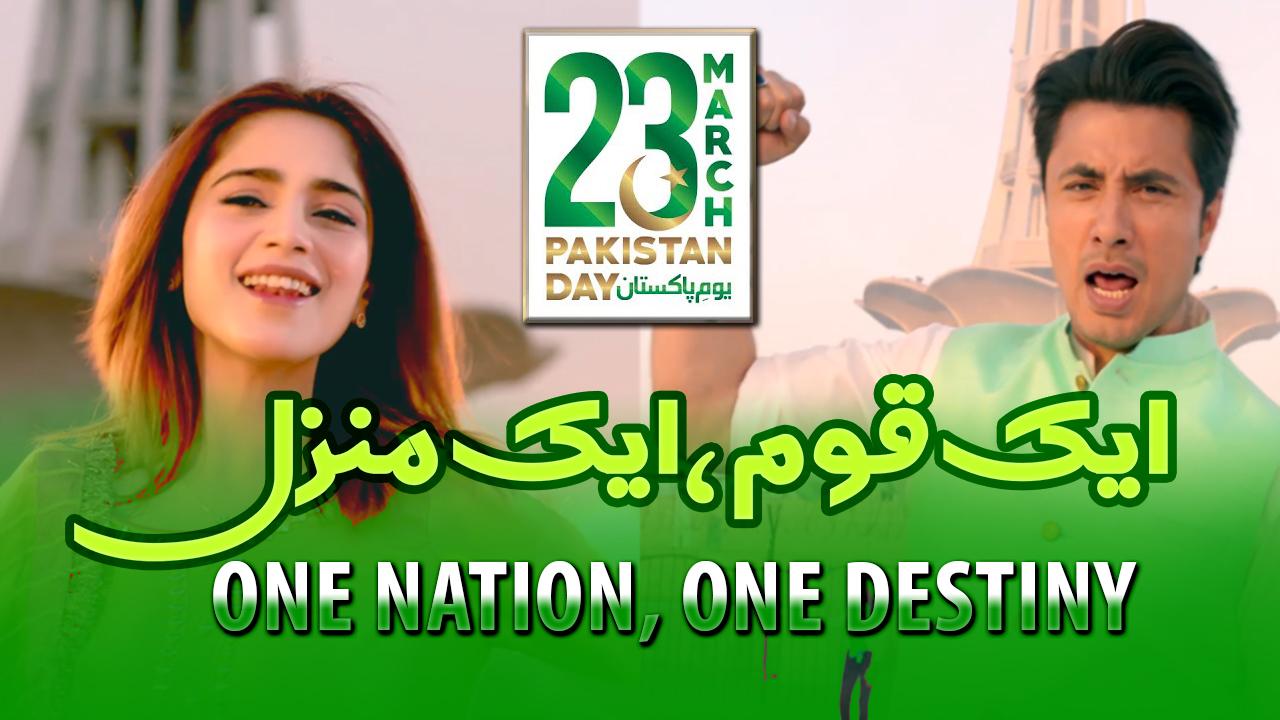 The Inter-Services Public Relations (ISPR) has recently released a new national song for Pakistan Day to be held on 23rd March. The name of the song is ‘Aik Qaum, Aik Manzil’.

Ali Zafar and Aima Baig are the lead singers of this song. The lyrics of the song have been written by Abid Hassan. Apart from that, the composition for the song has been given by Ali Zafar.

This melodious song also highlights Quaid-e-Azam Muhammad Ali Jinnah’s message of sacrifice rendered for attainment of independence of the motherland.

One Nation, One Destiny

The illustrates this year’s theme for the Pakistan Day celebrations “one nation, one destiny”. It is an unwavering resolve to withstand all challenges and crisis bravely with national solidarity and cohesion.

The song opens up with the Quaid’s address to the nation. In his address, Quaid says, “We have rendered great sacrifices for achieving Pakistan.”

In an official statement, the ISPR said, “On 23rd March 1940, Muslims of the Sub-Continent, while exhibiting heights of unity, faith and discipline, passed the historic Resolution for establishment of a separate homeland.

“Muslims shared one vision and were always one in their resolve against all odds.

As a nation, we have come a long way in the last decade, where every Pakistani has shown great resolve, in times of tribulations and adversity, whether in the war on terror, or fighting COVID or even any other calamity.

The essence of our success lies in unity. If we shall remain stead fast as one nation, the new decade is ought to bring in even brighter future for us.

In 1940, creation of Pakistan was our purpose and now, solidarity leading to prosperity is the destination.