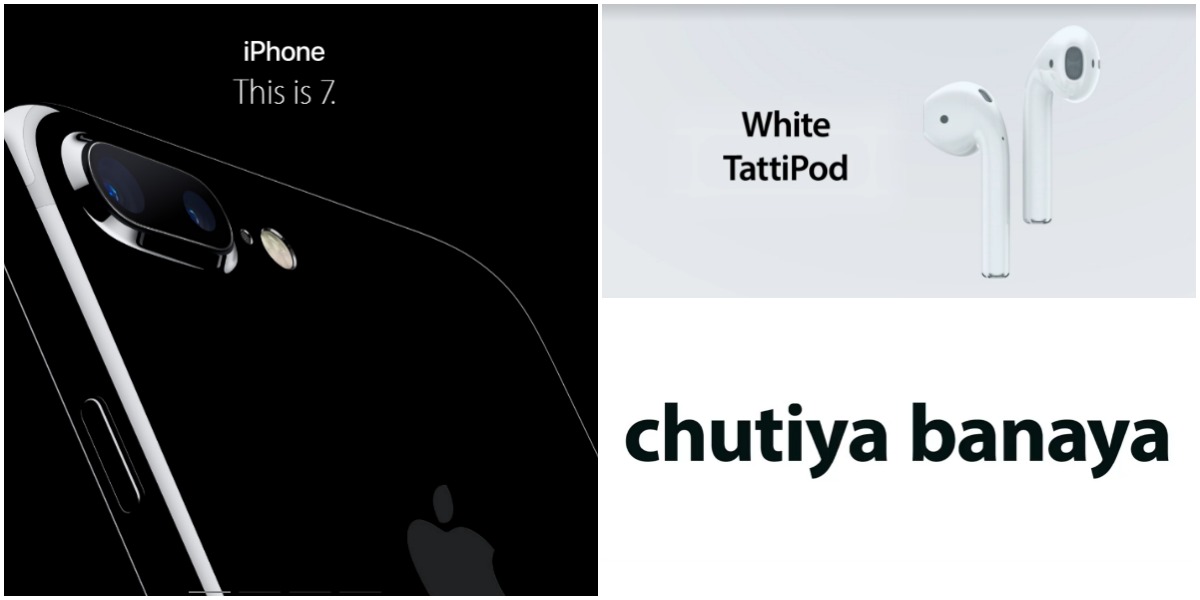 Unless you were hiding under a rock, you must have come across the new of the new iPhone 7 launch. All the apple fan boys and raving about it and all the android fan boys are dissing it.

We did a piece to cover the features and discuss them in detail as well. But, there has been a lot of negative reactions from the internet regarding a few of the more controversial changes that apple has brought about. More specifically, the no headphone jack!

Read Also: Apple Gets Fined For Slowing Down Old IPhones Via Software Updates!

The internet has been poking fun as usual. The people on the internet can be brutal and unapologetic when it comes to tearing down big corporations. But recently, the popular All India Bakchod, have made the parody to end all parodies on iPhone.

here it is in all its glory!

and if you really have been living under a rock these days, here is what they were inspired from:

And all those who couldn’t make fun of the new phone’s launch in video, simply tweeted about it.

Let’s make fun of how poor we all are

When you want to buy the new #iPhone7 but realize that you already sold both kidneys. pic.twitter.com/aDD7BRC0Rs

This guy has the perfect plan in place

when your iPhone starts acting up after the iPhone 7 launches pic.twitter.com/UpSXjJ0pBX

When all your friends are buying the new iPhone7, but you can’t even afford iPhone6. pic.twitter.com/n1J2mA2IaW

What do you think of the new iPhone launch? Let us know!

The Story Behind This Horrific 9/11 Photo Of A Man Falling From WTC
Did This Pakistani School Actually Send The Most Humiliating Notice To Parents For Not Paying Fees On Time?
To Top