It is true when they say, “A good villain is the one who is hated for his for his role.” This is something we can also say about Udaari-fame Paa Imtiaz actor Ahsan Khan. Through his vindictive, powerful performance in the drama, Ahsan Khan was truly hated for what he did to other characters.

Contrary to the type of characters Ahsan Khan usually plays on the silver screen, his performance as Paa Imtiaz was something many of the critics weren’t expecting from him to pull-off. Setting an example for all, Ahsan Khan not only made sure that his performance was seen in Pakistan but even have entertainers from across the border have them speaking. 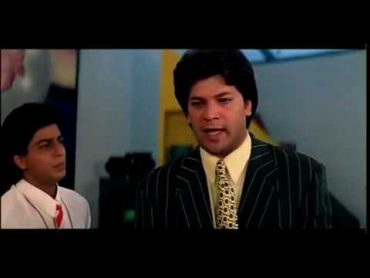 Here’s what the actor had to say in the video:

Looks like #AhsanKhan has a huge fan following across the board ???????? Famous Bollywood veteran #AdityaPancholi admires Ahsan’s spectacular performance in #Udaari

“You are just fantastic in the show. I loved it. My entire family loved it. My friends loved it. Even my neighbors loved it. We loved it so much that we all hate you now. Don’t be shocked.”

The actor also went ahead and wished Ahsan Khan for luck for the upcoming LUX Style Awards and hoped he would win the laurels he truly deserves.

An important point to ponder here is that given how there is always political tension between the two countries, the entertainers keep their political views aside and give credit where it is due. From Karan Johar praising Fawad Khan to Urwa Hocane congratulating Priyanka Chopra, the entertainers keep their professions ahead. It is lovely seeing how they are moving past the political tensions.

On the other hand, we are rooting for Ahsan Khan to win all the awards he is nominated for!

These Shocking Theories Claim That Mashal Khan Was Rather Framed In The Blasphemy Allegation!
What Mashal Khan’s Close Friend And Famous Personalities Said On His Death Will Give You Shivers
To Top