We are all aware of Wahab Riaz’s whereabouts in the past days. The cricketer was playing for Lahore Whites in National T20 Cup which wrapped up just yesterday. The day clashed with Wahab and his wife’s wedding anniversary and sadly, he spent the day away from his wife. However, it was not too bad because the fellow cricketers and Wahab Riaz’s teammates made sure he remains happy. 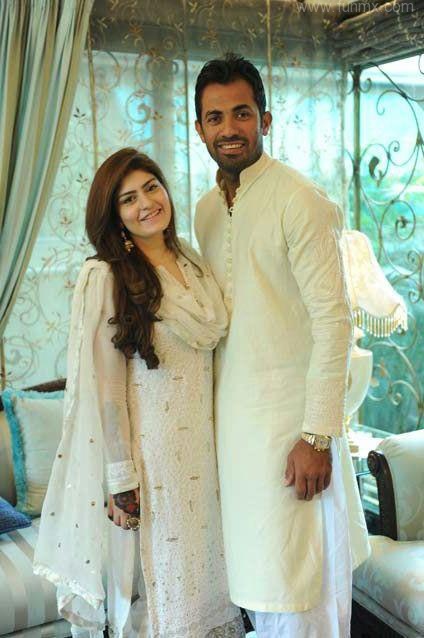 So, the wifey wrote a sweet message for Wahab Riaz on Twitter…

Here’s to another wonderful year of loving you , Happy anniversary!@WahabViki ❤️ pic.twitter.com/yHKOsUls0o

She shared a picture from their wedding and wrote a heartfelt caption for the day. Followed by, Wahab’s teammates also recorded individual messages for the couple on the special occasion and sent over. It was a remarkable gesture, indeed; however, we are going to talk about specifically what Ahmed Shehzad had to say.

Watch the whole video as Pakistan team players wish Wahab Riaz and his wife on their wedding anniversary, the highlight of which remained Ahmed Shehzad, absolutely!

We wish Wahab Riaz and his wife a happy anniversary. May the great couple continue to find happiness and prosperity in life.

Zeeshan Nayyar – This Engineer’s Special Talent Is Making Everyone’s Eyes Pop
An Open Letter To My Mentor – “Being a leader is easy, but winning the hearts isn’t”
To Top