Ahmed Shehzad, an immensely talented batsman who has played magnificently for Pakistan in the past. A player who was shot to imminent popularity for scoring runs in some formidable innings is now only a shadow of his former self. Shehzad has been the pinpoint of criticism after languishing in his performances recently. 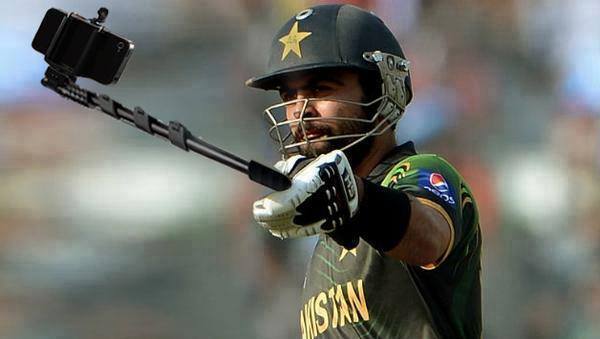 Talk about Ahmed Shehzad’s dramatic decline in performances, he has had many chances to prove his worth. His track record holds him in a respectable stature but recently, his attitude has reflected poorly over his performance, leading to a collective decline in everything he once stood for. Without a doubt, Ahmed Shehzad outshined in the second installment of PSL with Quetta Gladiators but when he was needed for Pakistan, he did not live up to the same standards. Obviously, when you are talking about Ahmed Shehzad, you cannot miss out on trolling him. He’s one of those players who remain the pinnacle of all trolls and the world cannot get enough of trolling him. Me neither.

So, here is Ahmed Shehzad, once again being the butt of the joke…

We came across this ancient video of Ahmed Shehzad – what seemingly looks like – acting to a song being played in his vehicle. While handling the wheel with one hand, he tries to make gestures with another and his subtle expressions seem like he’s trying to act. Those lovely glimpses from the motorway are breathtaking and it all set the mood in Shehzad who seems to be trying for a shot in Bollywood (pun intended).

Ahmed Shehzad getting trolled for no reason. In other words, the sky is blue.

I know man this video is chronologically old but how it became viral and the subject of banter will never get old, seriously. With all due respect, Shehzad is a great player and we don’t have a personal agenda against him. We just joined the bandwagon of trolling him that goes on and on and on and on.

If you are a fan of Ahmed Shehzad, you must be concerned about your superstar’s performances and attitude… Let’s hope he defies all odds, puts everything behind and emerges great once again!

ICC Champions Trophy 2017 – #GreenShirts Made Their Own Way!
OpEd: Punjabi Hegemony – How Punjab is all over the Culture, Politics and Economy of Pakistan?
To Top