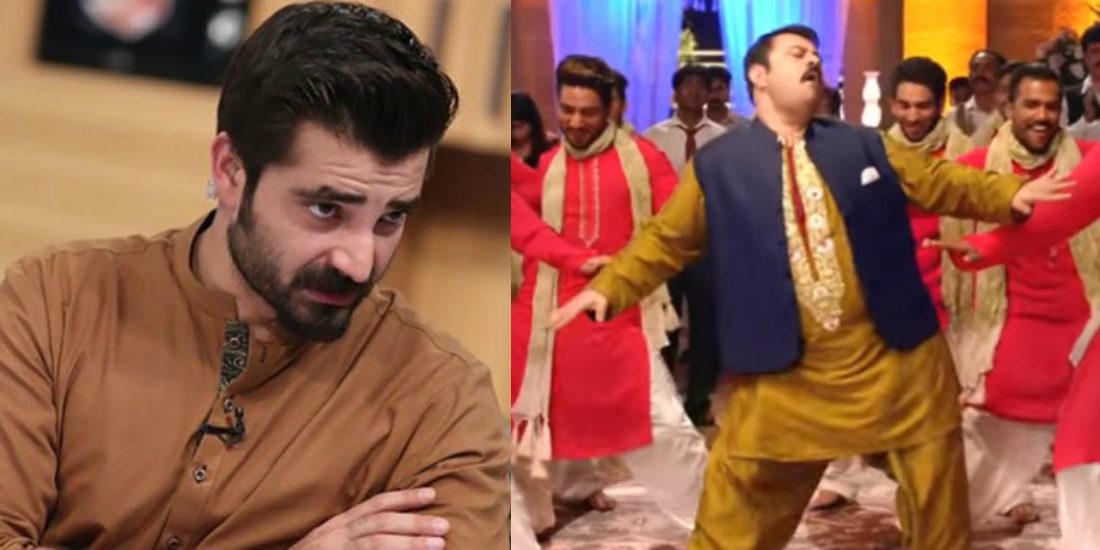 Items songs are now being popular in Lollywood and we thought only Bollywood could pull it off. But, Lollywood has proved all of us wrong. The latest item song ‘Kaif-o-Suroor’ from the movie –  Na Maloom Afraad 2 has sure spread a wildfire of controversies. However, this time,  it’s not about ‘Kaif-o-Suroor’.

The song number from the movie Punjab Nahi Jaoungi – 27/7 Lak Hilna was released which had Ahmed Ali Butt and Urwa Hocane dancing to the beats.  Here’s the video below. You be the judge 😛

However, Hamza Ali Abbasi had stated his view opinions about item songs a couple weeks ago and here’s what he had to say: 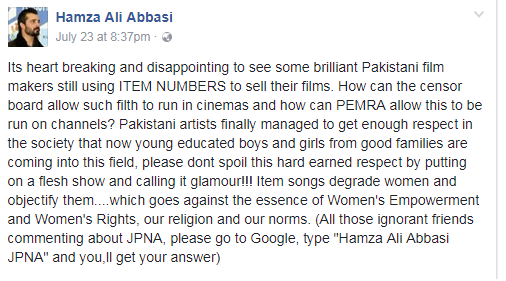 Not just this, but after the release of Ahmed Ali Butt’s item song, Hamza labeled Ahmed as an ‘Item Boy’ to which, according to sources, Ahmed responded:

“I was actually very surprised to see the reaction over my moves. I mean I have danced before and this was just another song Nadeem wanted me to do. Shabeen (choreographer) was very clear with what she wanted from us and knew exactly what I was capable of. But I didn’t know I was going to be labeled as an ITEM BOY! I guess I’m honored :)”

Adding a bit of humor to his message, and to tone it down, Ahmed said:

“Hamza has every right to express his point of view just as I have the right not to agree with him when I don’t. However, he is against vulgarity and I truly support him for that. People use vulgarity when they have a weak film on their hands. But yes, I’m all in favor of art, dance, and women who actually pour their heart and soul into their performance.”

“The word ITEM is such a cliché. Please go watch our old BW films; we used to have songs shot in bars and parties all the time and they were called ‘Glamour Songs’ back then. They brought a sense of glamor to the film if needed.”

When Ahmed was speaking about the importance of such songs, he said, “I think if you need an ITEM SONG in your film because it’s the demand of the story then, by all means, GO WITH IT. But if you just want to show flesh and get controversial mileage for your film then HAMZA will be there. :)”

We hope Hamza took it all on good humor. What do you think of Ahmed’s message? Was he right on his part? Let us know in the comments.