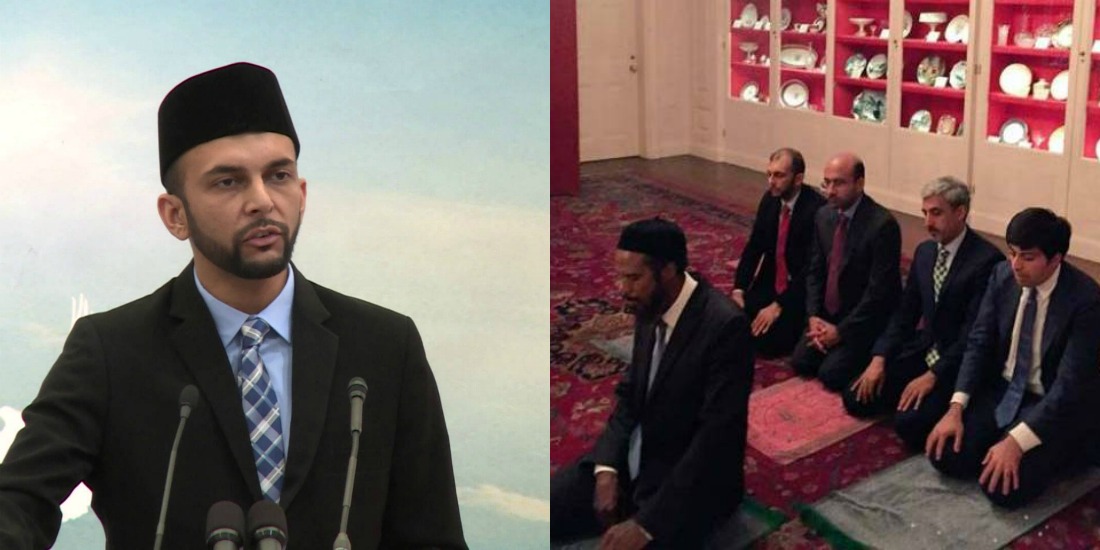 What would have him jailed in Pakistan, would not happen in the United States of America. An Ahmadi man was allowed to give Azaan, the call to prayer, at the most prominent place in America, the White House, the Capitol.

A human rights attorney and an author, Qasim Rashid, uploaded his call to prayer on several social forums, where he was openly allowed to give Azaan by the US Muslims in the China Room of the White House. The invitation was lodged by the White House to him and other members of the Ahmadi community, as a celebratory function of Eid-ul-Fitr.

Re-sharing video of my honor to call the Adhaan in the White House. Islam & America both pro religious freedom. pic.twitter.com/aPd2z73RBM

Qasim said that since he belonged to a community that has been stamped as a minority, he would not be able to give Azaan openly. According to the 2nd amendment of the 1973 constitution of Pakistan, Ahmadis and Qadiyanis have been labeled as minorities in the country.

“Well, because I am an Ahmadi Muslim, this ‘rebellious’ act would have gotten me arrested and imprisoned in Pakistan with up to the death penalty as punishment,” Qasim Rashid told Express Tribune.

“But in my adopted nation of America, I am a full citizen with full rights and full religious freedom. So much so that I can proclaim the Islamic call to prayer from the White House itself, and do so without fear. Instead, a special prayer room was provided for me to pray as I wish. I considered it a distinct honour and privilege that I could fully practice my faith as a Muslim in the very center of our nation’s Capitol.”

“Moreover, this serves as another proud reminder that Islam does not hate America nor does America hate Islam. Hatred has no place here,” he concluded.

Qasim further dedicated this subtle achievement to his Ahmadiyya community, who have been labeled as non-Muslims, almost throughout the Muslim world, which forbids them to give Azaan.

Ahmadi Muslim can give Adhaan (call to prayer) at White House in USA but not in Islamic Republic of #Pakistan https://t.co/wSO6I2sYPJ

Hazrat Bilal (R.A) was the first man to give Azaan in Medina 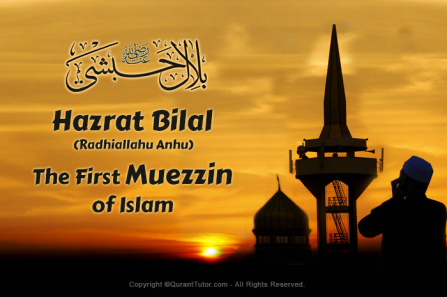 After the Holy Prophet (PBUH) and his cortege had migrated to Medina from Makkah, the first act was to establish a charter between the Ansar (Helpers) and the Muhajireens (Emigrants). Once that was out of the way, Hazrat Umer (R.A) had told Prophet Muhammad (PBUH) he had dreamed of an open call to prayer, which wasn’t practiced before.

It is pertinent to add here that the Prophet Muhammad (PBUH) did not discriminate a slave to a noble. Thus, instead of giving the task of Azaan to a Muslim man of high birth, a slave was let give the first Azaan, proving the indiscriminate personality of the most learned man in the history of the world, S.A.W.

First The Attack In France And Now This: Shooting Rampage at Shopping Mall In Munich
This Is Why For The First Time In 36 Years, Pakistan Is Not Taking Part In The Olympics
To Top