Ahmad Shahzad Faces Ban for Doping and Here's How Unforgiving Pakistanis Are! 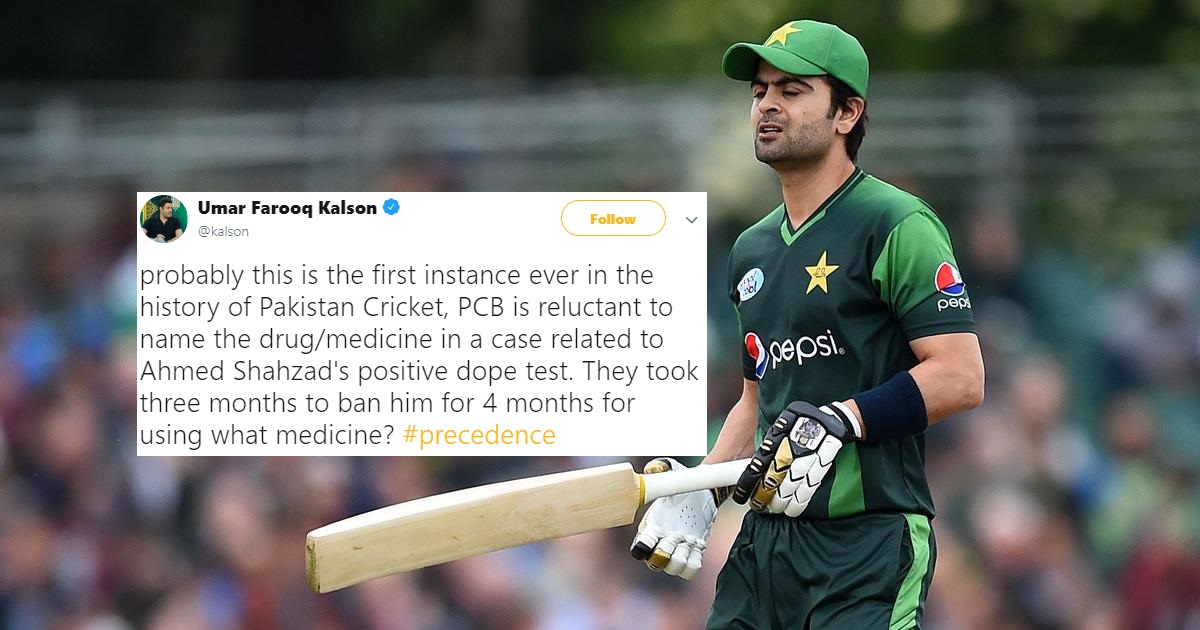 Selfie-Superstar of Pakistan’s Cricket Team Is Now Facing Some Charges Due to Doping!

I voted! Did you? If not clock is running quickly! so should you?? pic.twitter.com/MnOC9HXxdk

Following the announcement that was made in July 2018, Pakistani team’s opening batsman Ahmad Shahzad was banned for four months when his doping regulation resulted positive. The test was conducted to which Shahzad’s results were ‘positive’ in the light of substance abuse. The test on Shahzad was conducted in May.

Ahmad Shahzad has represented Pakistan for 57 T20s, 81 ODIs and 13 test matches. After testing positive in July, the ban has been effective for four months from 10th July onward.

Before the verdict was announced, Shahzad wasn’t the part of the Pakistani team which for the Asian cup due to the same speculations. However, the punishment for the opener was not announced, till yesterday.

My doping case verdict is acceptable to me. I accept the sanction handed out by PCB. I inadvertently consumed a medicine which as an experienced cricketer I should have refrained from. I am fully committed to returning to cricket as soon as my ban is over (November 11, 2018.)

This is a lesson for me personally as well as my fellow cricketers and I hope to make a strong comeback from here. Remember me in your prayers.

While Shahzad Apologized, Pakistanis Felt It Was Super Unfair!

The Ban Should’ve Started From October, As Many Said

Others Were Saying That the Drug Hasn’t Been Named Either

probably this is the first instance ever in the history of Pakistan Cricket, PCB is reluctant to name the drug/medicine in a case related to Ahmed Shahzad's positive dope test. They took three months to ban him for 4 months for using what medicine? #precedence

It is strange nonetheless on how easy the punishment has been for Shahzad and also the fact how his drug has not been named to set a precedent for other players to follow.

Let’s see how this shapes up in the future.