Ahmad Ali Butt And Iqra Aziz Will Play A Married Couple In The Drama Jhooti|Parhlo.com

The upcoming drama ‘Jhooti’ is supposedly going to show Iqra Aziz and Ahmad Ali as a couple! They will be playing the role of an ordinary married couple where Butt is a shop owner while Aziz is his wife. The woman will be a liar throughout the story. Hence, the title is based on her. So, it seems that the Jhooti drama cast is pretty favorable. Moreover, the story makes it seem like the drama will be fierce and interesting.

According to the hype, it seems that the drama will have a serious theme with the viewers biting their nails to witness the next scene. Moreover, Pakistan loves to watch couples on screens that just cannot live a fulfilled life, no matter how hard they try. Speaking of couples, Yasir Hussain confirmed that he and Aziz might be getting married this year. Despite, Hussain’s sarcastic nature people believe that the news could be the truth. 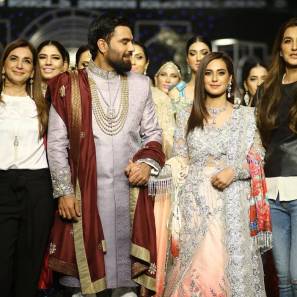 Ahmad Ali’s Response To The Role:

Considering that Butt has not been active lately, people are looking forward to his contribution in this drama serial.

He mentions the real reason why he had not been on television lately.  “The reason I got back into television is that I never really left it, it’s just that I’ve been doing a lot of films lately,” said Butt. Moreover, his upcoming film Parey Hut Love is gathering nationwide attention as well. The reason is that many famous celebrities like Mahira Khan and Fawad Khan will also be making special appearances in the film. 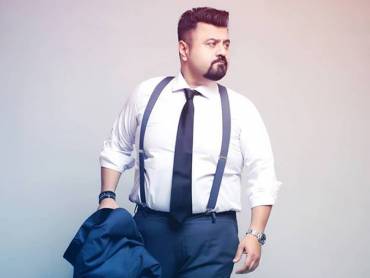 It is said that Butt will be playing the character of ‘Nasir’ who is generally a stern and serious man. The story revolves around his depressing life including his family and compulsive liar wife. In addition, everyone is curious as to how well the two would bond on the screens. Having good chemistry on television always adds a positive impact to the drama, anyway. Is the Jhooti drama’s cast satisfactory? Well, you can keep pondering.

Regarding the film, he addresses that he needed a decent script and that was provided for this film. He said, “It is a very good character, and of course, I come from television and I always will do it, I just don’t want to do the typical sitcoms,” he seems tired from doing the same old typical roles. In addition, this adds additional promising factors for the drama’s outcome. The actors are working hard so that shows that ‘Jhooti’ might just end up becoming a hit.

Butt is bored of his normal comedic roles and is seeking for a more serious and dark approach. Whether he would be able to pull it off is something that can only be confirmed after this drama releases.

Everyone is hoping that the drama works out fine and are wishing the actors well. What do you think of the situation? Will this drama become successful? Will Pakistan get over its obsession with seeing broken couples on screen again? Or will this be diluted to dust within Pakistani television? Share your thoughts.

Ukhano Reaches K2 After 6 Days Of Trekking!
Ministry Of Human Rights Focusing On Protection Of Children From Child Abuse
To Top