The Pakistani actor Ahad Raza Mir’s hamlet performance has had him as a nominee for the category of ‘Outstanding Performance by an Actor in a Drama category’ in the Betty Mitchell Awards. Finally, it has been revealed that he won the award!

His exceptional performance and acting skills in ‘Hamlet: A Ghost Story’ bagged him an international award. This is a great feat and promotes a positive representation for the Pakistani community.

It seems that after so long a brown actor was able to flourish in the international market; even though Mir is within the list of popular Pakistani actors. This gives hope to aspiring Pakistani actors who want to make it just as big. This is an inspirational event that will motivate countless Pakistani’s to pursue their dreams.

Read Also: Ahad Raza Mir Is Up For A Nomination At Betty Mitchell Awards For Hamlet

Ahad Raza’s Thoughts Regarding The Win:

The Vertigo Theatre confirms his win by posting on Twitter with the caption, “Congratulations to @ahadrazamir for his Outstanding Performance by an Actor in a Drama award! We were thrilled with this production of HAMLET: A GHOST STORY,” along with an impressive image of Mir in his Hamlet fit.

Congratulations to @ahadrazamir for his Outstanding Performance by an Actor in a Drama award!

The actor when asked regarding his character and the complications of working on this piece, he mentions, “Hamlet is particularly an exhausting character. Once the show is over, the cast asks me if I want to hang out and I usually just refuse. I am so drained that all I want to do is sleep.” This is kind of a simple human reaction that every one of his fans would be able to relate to. 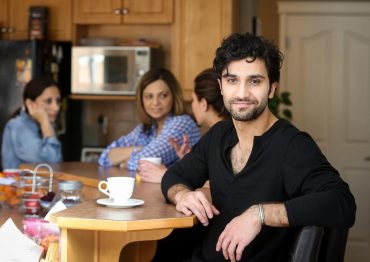 According to The Express Tribune, he also talks about how he got the role and expresses the fact that he was lucky enough to play the lead. He says, “I was called back to play a lot of roles I wanted to take on but couldn’t and the calls would keep coming,” then he further adds in, That means that I still have a home here. People think of me enough to go, ‘Hey, let’s give him a call and see if he wants to play a role. This time, for Hamlet, it worked.”

Mir addresses his desire to be on stage as soon as possible. The entire experience was surreal to him. In addition, he mentions his love and admiration for his fans and his necessary break, “I wanted to return to the stage as I haven’t been on it in so long! I also just wanted a challenge and to be honest with you, when I’m in Pakistan, I’m just at my house because if I go outside it can be kind of hectic at times. While I love taking selfies and I love my fans, I just needed this break.” 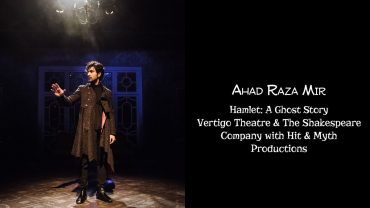 Moreover, Mir has proved himself as a humble actor who appreciates the fact that he is able to perform on stage. His passion for wanting to go back to theatre makes him worthy to be within the league of popular Pakistani actors. Pakistani’s are glad for his win. They are hoping for future Pakistani artists, actors, or celebrities to gain success internationally as well.

Let’s look at Ahad Raza Mir’s Hamlet performance as art coming to life and feel proud for a fellow Pakistani! Share your thoughts.

Britain Is Funding Projects Of 1 Billion Pounds In Pakistan
A Fully ‘Naked’ Man Was Spotted Riding A Motorcycle In Lahore And Pakistanis Sharam Se Paani Paani Ho Gaye!
To Top