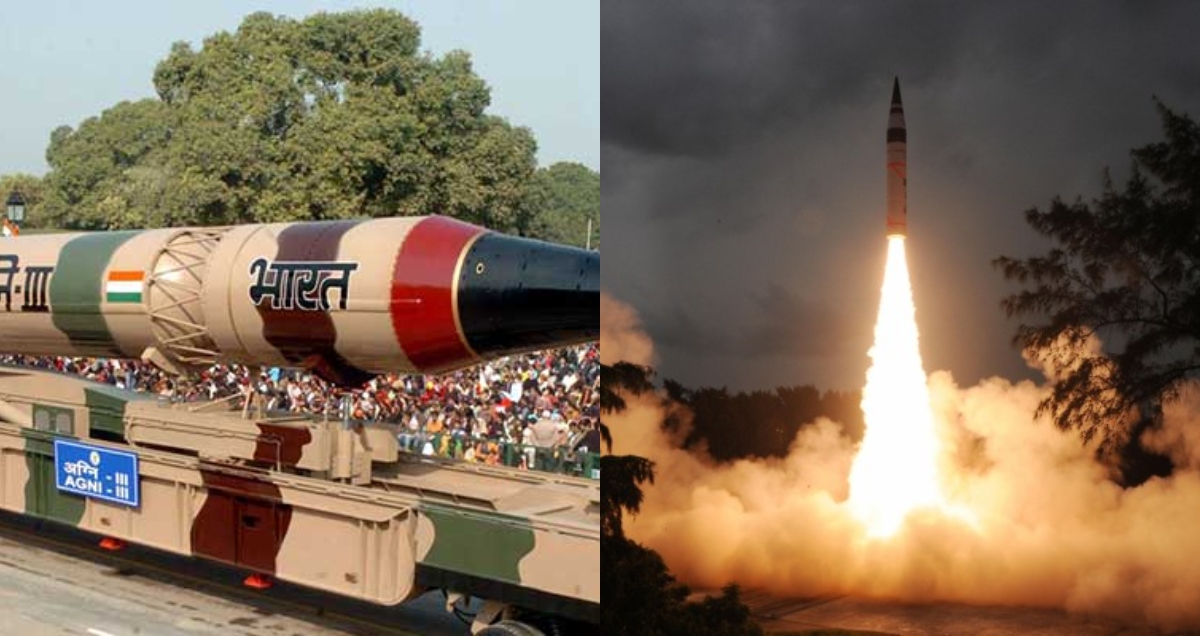 The Indian Army and its projectile attempts were left embarrassed once again the other day. This time, due to a failed attempt of a night test for the Agni-III missile. The source of the report being India’s New Indian Express.

The missile proclaimed to be rocking nuclear capability, shambolically fell in the Odisha sea after the test failed. India considers the Agni-III missile as one of its most prized possessions. The team of the Agni-III had to suffer disappointment, as the missile suffered a ‘manufacturing defect’.

Instead of reaching its target altitude and the correct pathway, the Agni-III deviated from its flight and went rogue. The team then had to terminate the missile as it fell in the Odisha sea. Meanwhile, Pakistan continues to conduct successful missile tests.

“Starting from the launch to the first phase separation, everything was smooth in accordance with the mission plan but suddenly it started behaving abnormally. It could possibly be due to metallurgical defects.” reads the statement. Embarrassingly for India, the missile was inducted in the arsenal in 2011. However, it has failed a ‘basic’ night test 8 years later.

You can only laugh 😂 after watching this video #agniiii#TerroristIndia@BBCBreaking@CNN@RT_com@WashTimes@AJEnglish#KashmirBleeds pic.twitter.com/e1LDXvgcjM

Supposedly, the Agni-III missile has the capability of carrying 1.5 tonnes of nuclear/non-nuclear warheads, which is enough to destroy a whole city. Surprisingly, the other two variants of the missile, Agni-I, and Agni-II failed their initial tests as well. It seems that the Agni missile series have bombed, but literally, not metaphorically.

Agni-III: If India and Pakistan had gone to war…

Moreover, the report further reads: “The missile used in the test was picked up randomly from the production lot. The missile equipped with state-of-the-art avionics, an advanced onboard computer has the latest features to correct and guide in-flight disturbances. However, it was not the first failure of the Agni series missile. Two other variants of the missile, Agni-I, and Agni-II have failed during both development and user trials in the past. Agni-II had failed to deliver the desired result during its first night trial in 2009.”

The Agni-III’s unprecedented fall has left Indians embarrassed on social media as well.

#DRDO fails in its night trials of #AgniIII Missile. It was a random selection from production lot.

Reason is believed to be faulty manufacturing!
I shudder to think about War Scenario. What will happen if our missiles fail midway and fall on ourselves!https://t.co/Z332nuRJmE

Additionally, Indians are asking the DRDO what would happen if the missiles fail during the war as well. Some Indian users on social media have called for a change of administration at the DRDO, while others are demanding straight budget cuts because of constant deliveries of failure.