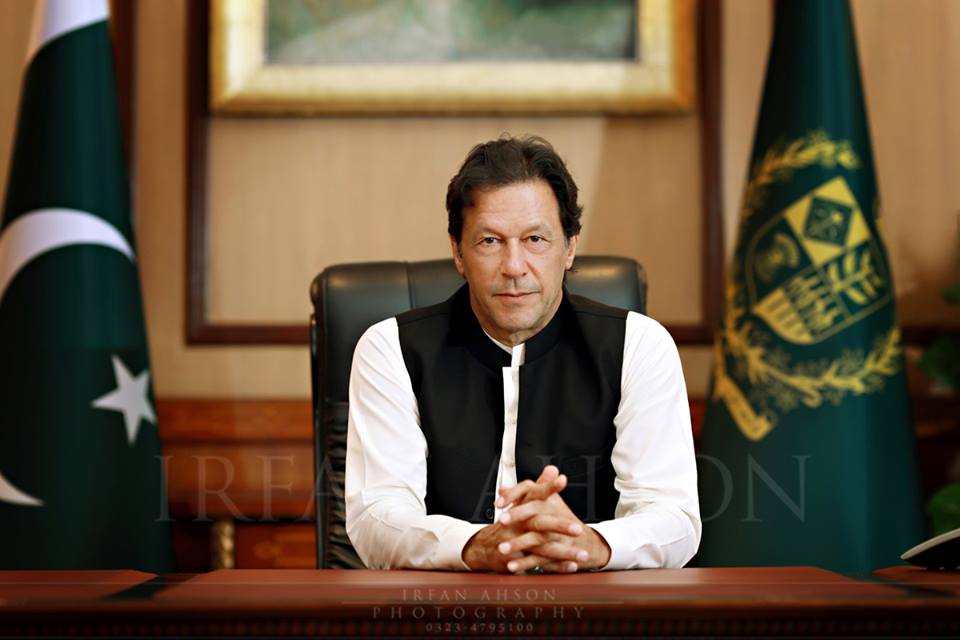 Our Prime Minister official portraits just came out recently and he did not even have to try. Imran Khan is looking dapper as always. Since he became the PM, he has been all over the news channels and social media. Every single move is captured whether he is out having a morning run or leaving for work.

Just look at the portrait!!

Now, a lot of controversies has been going on about this photo by Irfan Ahson. Irfan Ahson is the CEO of Fine Arts Weddings, one of the leading photography studios in Pakistan.

He is the guy all brides dream to get photographed by. He has done photography of so many famous names like Noor Zafar Khan, Maya Ali and now Imran Khan.

And when he captured the portrait of PM Imran Khan, things got a little out of hands.

Totally honoured to be the official photographer for his portraits that will be used all over the world for embassies and govt buildings and official use! Alhamdolillah!!! Btw he gave just 25 seconds in this particular sitting!! That’s it. Kept sitting as he was and I had to do what I could and this is it. It might not be even close to perfect or my best work but this is best I could do given the circumstances. His team is ecstatic though and if the client is happy, I am happy given the circumstances 🙂 And yes we have vertical one with Quaid in full glory overlooking the Khan as well…Stay tuned 🙂

Why can’t they just stop!

But people started trolling and accusing him of charging money for the portrait of our PM. The rumour was that the PM hired the most expensive photographer in Pakistan for his official portrait.

And when the rumours reached the photographer, he posted a photo about it

HAHAH This is hilarious! I did probono (FREE) as my very tiny little input for the naya Pakistan he envisions! And may he succeed Inshallah. And yes as my senior from Aitchison he deserved special discount :). Haters will hate!

And look at people on twitter even after Irfan tried to clear the money confusion.

Who said so, bhai?

Although he tried to clear the misconception people were having, public were still criticizing him. But for his photography skills now, because we all need something to criticise about, no matter what.

That’s a balanced judgement but still count as a judgement

People can never be satisfied with anything

No matter what people say, we are happy for Irfan. Congratulations to him! He deserved to take these historic pictures and did pure justice given the circumstances.

What do you guys think? Let us know your opinion.

Federal Board Intermediate Results are here and PGC students have outdone themselves!
Here Are 30 Things That I Really Wish To Do Before I Die
To Top