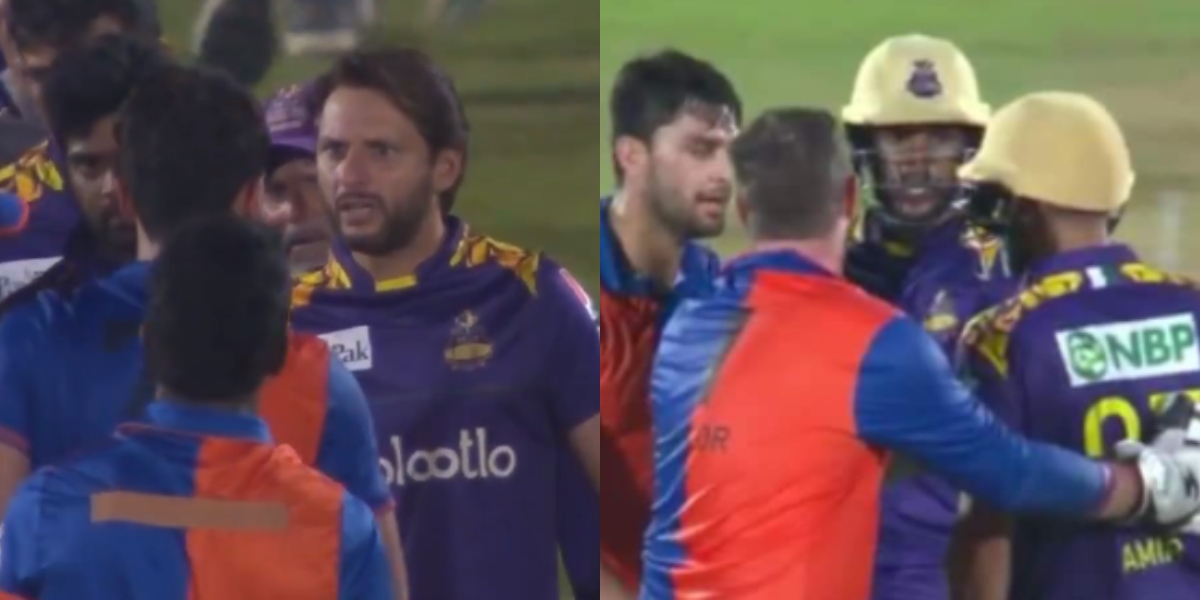 During a match between Kandy Tuskers and Galle Gladiators in the Lanka Premier League (LPL) T20 league on Monday, former Pakistan skipper Shahid Afridi had an argument with Afghanistan’s youngster Naveen-ul-Haq. This was after Haq allegedly abused Mohammad Amir.

In the match between the Tuskers and Gladiators, Danushka Gunathilaka’s 82 off 53 took Gladiators to a total of 197 runs while batting first. The Tuskers fell quite short in the chase, scoring only 171 in 20 overs.

Tuskers went on to beat Gladiators in the LPL to register their first win of the season. However, it was the heated exchange in the middle of the pitch between Tuskers pacer Haq and Gladiators duo Mohammad Amir and Afridi that became the center of attention.

The incident saw Amir and Had to have a heated exchange of words. However, that was not the end of their argument. The end of the match produced similar scenes. This time it was Gladiators captain Shahid Afridi deciding to speak to Haq.

Boom Boom seemed to be greeting everyone with a smile after the match was over but when he came across Haq, the veteran custodian of the game had a grim look on his face.

Pakistani social media users appreciated Afridi for defending Amir. Many fans praised the shut up call given by the former Pakistani captain to Haq for going against spirit of sportsmanship.

Here’s what boom boom has to say on the entire issue.

Players battle it out to win the LPL T20 tournament

Several international cricketers from different parts of the world have gathered in Sri Lanka to play the LPL T20. So far, the LPL has produced several excellent matches for cricket fans all across the world.

This year’s tournament is the inaugural edition of the LPL T20 franchise cricket tournament in Sri Lanka. Five teams based on various Sri Lankan cities play a total of 23 matches.

The participating teams included Colombo Kings, Dambulla Viking, Galle Gladiators, Jaffna Stallions, and Kandy Tuskers. The final of the tournament will be played on December 17, 2020.