Lala, at one point or another, has been the heartbeat of Pakistan. Up until the very end of his reign, there was a time when Pakistanis knew who to rely on. With Afridi appearing next in the lineup of the Greens, we knew he’ll do something, something such as knocking the ball out of the park or giving a streak of fours and sixes. While much of this was limited before his retirement announcement from international career, his bowling spells and boom boom Afridi style batting still remains in our hearts.

Safe to say, with the retirement of Afridi comes an end to an era! 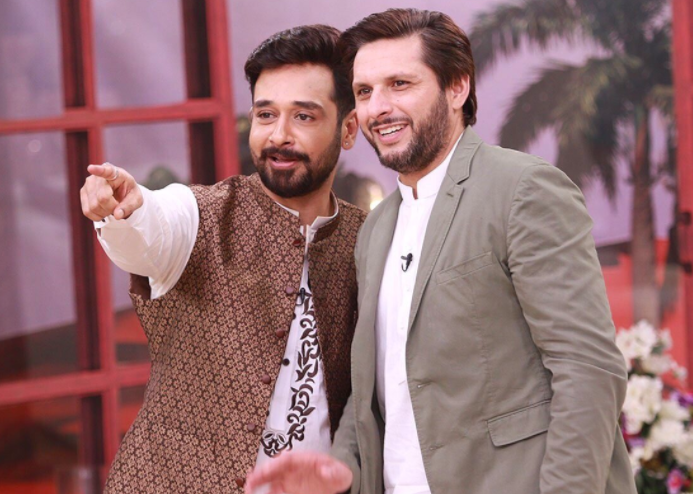 Lala made an appearance there for his NGO’s current initiative called, Hope Not Out!

Afridi Has Also Been Quite Active On His Twitter Account Lately, Commenting On Pakistan’s Performance in Champions Trophy

Anway, during the show, Lala was asked to answer some questions while his ears were blocked. He was given hints through certain actions and he had to guess what they meant. Specifically, this one part of the activity is doing rounds on social media because apparently, Lala didn’t know what LBW stands for.

Well, Pakistanis Were Indeed As Confused As Lala!

If Afridi can play cricket without knowing what LBW means, you can also mention Excel under your skills on your CV.

You Aren’t The Only One

Troll From India Had To Be There Too…

But Obviously, Every Sane Follower Knows He Was Joking Because…Man Has Been Playing Cricket For A Decade!

Shahid Afridi recommendation on lbw referrals several years ago. The recent lbw joke was a part of the show #ARYZindagi https://t.co/633J1uzlQp

Regardless of what you may feel about it, Afridi did manage to give us a nice dose of laughter through this video. In all honesty, however, this does seem like a joke!

Things Only People Who Had an Arranged Marriage Can Relate to!
Here’s Why It’s Not Necessary To Only Become A Doctor Or Engineer
To Top