After 18 years of war, the US-Taliban Peace Deal was signed in Doha Qatar. The deal would have significant repercussions on the world. Afghan Peace deal will significantly impact Pakistan.

On 29 February 2020, the United States and the Taliban endorsed a peace agreement in Doha, Qatar. The terms of the deal entail the withdrawal of all NATO and American troops from Afghanistan; a Taliban commitment in preventing Al-Qaeda from working in areas under Taliban control, and discussions between the Taliban and the Afghan government.

Pakistan had been in support of the US-Taliban peace deal in the past as well. 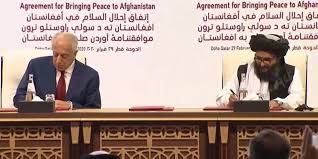 In 2018, Donald Trump sent a letter to prime minister Imran Khan, to help to initiate a peace deal with the Taliban. Pakistan responded positively. On the request of the US and Taliban, Pakistan released Mullah Abdul Ghani Baradar, who later led the talks from the Taliban side. 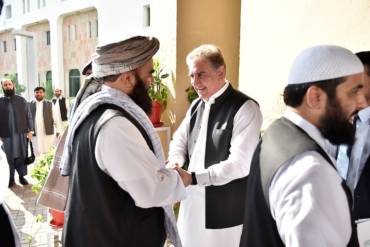 Moreover, Pakistan facilitated both parties. When Trump withdrew from the peace process, it was Pakistan who brought both the parties back on the table. Zalmay Khalilzad and Mullah Abdul Ghani Baradar simultaneously visited Islamabad and the peace talks began.

Impacts of the Afghan peace deal on Pakistan

Since the war on terror, Pakistan has lost more than 60,000 people. According to sources, the war cost Pakistan $ 252 Billion. Besides, the war brought Pakistan on the verge of collapse due to various social economic and political repercussions.

Primarily, the US-Taliban Peace deal will help Pakistan in repatriating millions of Afghan refugees to Afghanistan. The refugees have been a source of a burden on the national exchequer.

Secondly, the US-Taliban Peace deal will pave the way for better relations between Pakistan and Afghanistan. The Taliban will join the Afghan government as the deal asserted. Taliban significantly consider Pakistan’s efforts in establishing peace in Afghanistan. Therefore, Pakistan will have cordial relations with Afghanistan in the near future.

Moreover, the deal will shatter India’s Doval doctrine into pieces. Once peace prevails, a stable Afghanistan will not be used against Pakistan as a proxy. Hundreds of agents like Kulbushan Jhadev would fly back to India. The US-Taliban Peace deal dismembered India’s foreign policy.

Whether it was the Members of Baloch Liberation Army (BLA) or Tehreek E Taliban Pakistan, all were facilitated in Afghanistan and evidently were trained there. However, as the deal is signed now the territory of  Afghanistan will not be used against Pakistan. 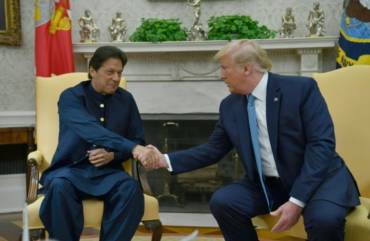 Furthermore, Pakistan can revive the TAPI, CASA 1000 and many other beneficial agreements. A stable Afghanistan will end terrorism and economic crises in Pakistan.