This ‘Explicit’ Picture Of Tuba Aamir Is Going Viral Causing Defamation And Here’s The Real Truth Behind It!

Living in this virtual world, the only reliable source left to gather information about something is the internet. In this era of click-baiting, users often reach a conclusion which leaves others in utter shock, literally. Celebrity gossips and stories related to known personalities from around the world pile up on social media and their fan following is massively entertained.

The famous TV host and also a member of Pakistan’s National Assembly, Aamir Liaquat got married again last year which created huge chaos over the media. Aamir’s second wife Tuba, was a part of his Ramzan Transmissions team when they got into an affair 5 years back and then got married last year. The news of their marriage came out as a surprise for the awaam and for his first wife Bushra, as well. Apparently, the couple still manages to steal the limelight by their ‘lovey-dovey’ attitude they display on the screen.

Also read: Tuba Aamir Just Jumped In The Fight Between Veena/Sania And She Is Now Acting Like Aamir Liaquat! 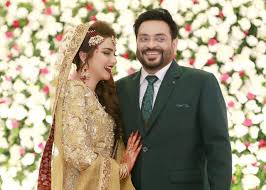 Getting along with a controversial personality of the country, Tuba Aamir also makes it to the news very often. In the ongoing craze of the Cricket World Cup, many major disputes broke out among Pakistan Cricket Team. Indian Tennis Star Sania Malik also became a victim of internet abuse after pictures of some Pakistani players in a sheesha cafe went viral. Pakistani actress Veena Malik also jumped into the matter and faced an epic response from the tennis star. Later on, Tuba Aamir also intervened into the ongoing feud and quoted gave a befitting reply to Veena Malik.

Shaming someone based on what they wear is extremely low. You changed for yourself and you don’t owe answers to anyone. We all are striving to get better but are so unwelcoming when others make progress. Keep going and ignore the rest!

Well, recently the Pakistani awaam’s ‘tharak’ lead to an unusual set of pictures when a Persian adult film actress was discovered. Within a jiffy, our tharki awaam identified the uncanny resemblance between Liaquat’s second wife Tuba and the ‘fahash Persian adult film artist’. The ‘proud find’ of a beloved Pakistani was then uploaded on the internet comparing both the personalities. Some naive Pakistanis are even assuming that she’s Tuba herself, tauba tauba!

Leaving it to the mard hazraat now. Compare on your own! 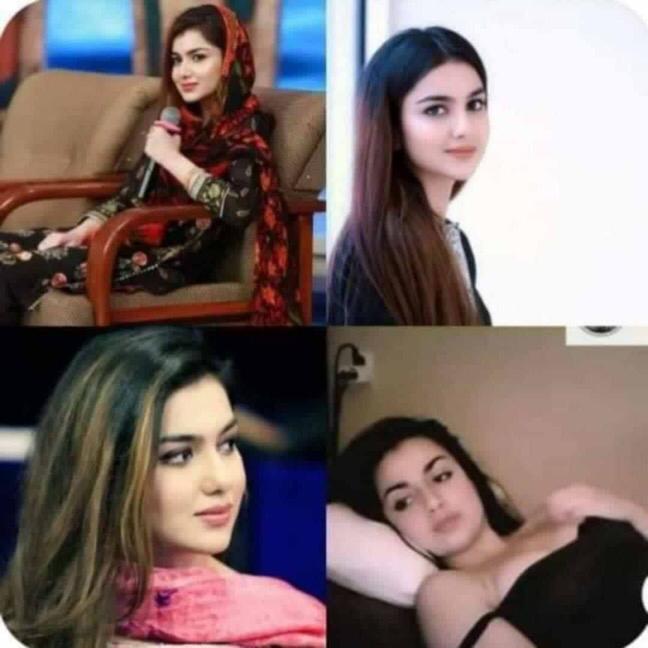 Apparently, Tuba Aamir’s name is being ruined in all this fuss when she shouldn’t even be involved in it. Defaming someone without any pure evidence never did good to anyone. The Pakistani awaam is now expecting Tuba to respond on the matter.

These 3 ‘Yummy-Smelling’ Shampoos And Conditioners By Herbal Essences Is Making Every Girl Want To Flip Her Hair!
A Young Contestant Just Owned Kubra Khan On The Show ‘Pakistan Star’ And Yaar, This Is Next Level Bezzti!
To Top