Pakistani actors and actresses are always wooing us with their extraordinary skills and acting. It isn’t a surprise to us that they get offered or may sign up for both international and national roles from both Hollywood and Bollywood once in a while. May it be the bold actress Saba Qamar, the bubbly Mawra Hocane, or the lovely Sajal Aly, they all have outdone their roles in the Bollywood industry.

However, actor Adnan Siddiqui also signed up for a project and it was for Hollywood. Yes, that’s right! This actor made it to LA and the movie, ‘A Mighty Heart’, was shot with co-actors, Irrfan Khan (late) and Angelina Jolie. Although, this may sound quite exciting and cool, the actor himself admits, it wasn’t as he imagined it would be. He mentions the reason why in a recent interview.

Discrimination is something that has been a part of human civilization since the beginning of time. God knows when the notion of discriminating against one other will end. Likewise, Adnan Siddique revealed in an interview with Samina Pirzada on her show, that the film was supposed to be shot in India, and while other cast and crew were booked and allocated for a room in Taj Hotel a prestigious hotel of India, he was not booked with them; rather his booking was done with the film’s technical crew. Not only is that, demeaning, rather it shows a bit of condescension don’t you think. 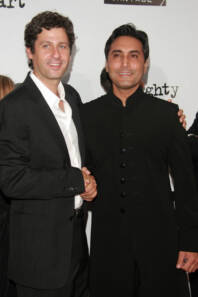 As saddening that is, what was more discriminating was that the poor actor wasn’t even given proper transport. He was invited to dinner but had to travel in a rickshaw to reach Taj Hotel.

However, when he got there, he learned that all the western technicians were allowed to stay at the Taj Hotel only the ones belonging from the Asian region weren’t which is indeed infuriating.

Adnan Siddiqui took a stand and it worked

The minute he learned about this biasedness and discrimination, he didn’t waste a minute and headed to the line producer and confronted him for his biasedness. Now usually, many actors might not be comfortable when it comes to confrontation, but Adnan Siddiqui admits, he refused to lower his standards or get undermined. He states that one should never underestimate their own abilities. 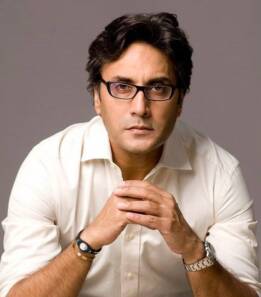 Moreover, he is a firm believer that confidence is the key to success. And his stance surely paid him well. In fact, his confrontation with the producer allowed him, to get a deluxe room in the Taj Hotel.

However, this wasn’t the end of it, no sooner than later, the star was again asked to move to a smaller room by the Producer’s assistants. Adnan Siddiqui refused again and stated that he will pay for the room himself. However, when he went to pay for it the producer stopped him, as he didn’t know what his assistants were doing behind doors.

In addition, veteran actor Sajid Hassan was also a part of the film, and Adnan Siddiqui personally requested; that Sajid Hassan to be not treated like he was. Hence, Sajid Hassan got full VIP treatment. 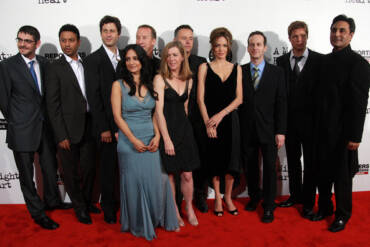 In a nutshell, the film received a lot of acclamation worldwide and has been numerously nominated for different awards. This is both inspiring and saddening.

Not only was Adnan Siddiqui the first celebrity to set the matter straight with Hollywood; even Syra Yousuf was ordered a role by Hollywood which she declined.