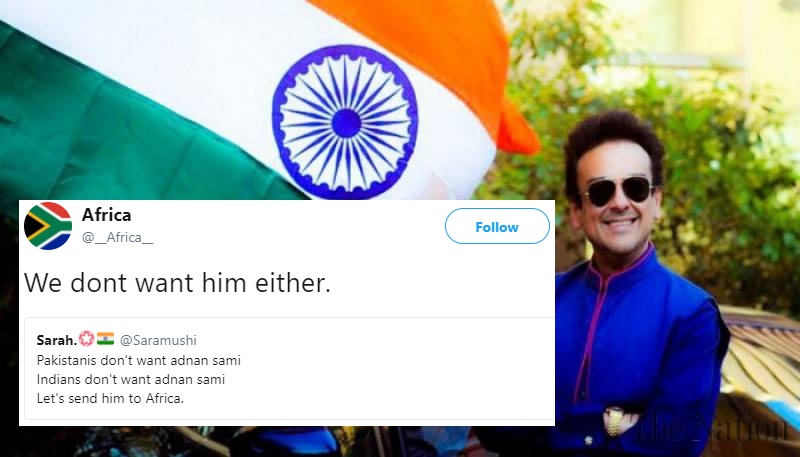 There are a few things many wonders at times, out of which one includes, “why is Adnan Sami still relevant?” For Pakistan’s music industry, Sami gave out quite a few memorable pieces. As he went to India and embraced being an Indian, Pakistanis instantly forgot him for all the right reasons.

Sami, on the other hand, has never been grateful for once being a part of Pakistan. On every occasion, when given a chance, the internet sees his bitterness against Pakistan. While Pakistani troll him for his behavior as a former Pakistani and a son of a Pakistani soldier, Sami continues showing his love for India.

The Supreme Court in India Decides that the National Anthem of the Country Will be Played in All the Public Places, Including the Cinema Halls

This sparked a debate among the masses, including entertainment industry figures. Following everyone, Adnan Sami made some tweets and claimed that there is nothing wrong in standing up to acknowledge the anthem.

Hey, it’s the National Anthem;
GET UP…PERIOD!
Go argue about something else!

‘Where’ d National Anthem shud play is another matter; but whenever or wherever it is played- GET UP & Respect it. From d Heart- Not Sleeve!

While his tweets were supported by many, various Indians and Pakistanis bashed him!

Not a National Anthem of Pakistan. Here we get to choose. India ❤️

We dont want him either. https://t.co/nkIZwGVJIO

For what its worth, a lot of Indians appreciated Sami for saying that he respects the Indian national anthem as it took him 17 years to earn it.

Adnan Sami not being trolled by the internet is something that can just never happen.