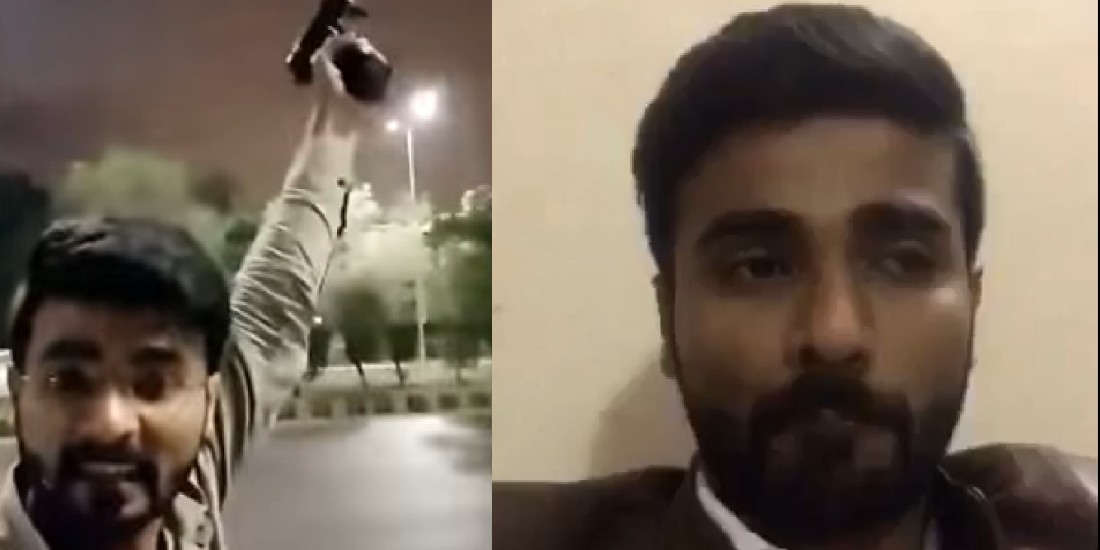 Adnan Pasha has been in the news for the last two to three days and the reason this commoner of Karachi got famous is indeed shocking. Anyone who has never been to Karachi; and has only seen the city of lights by the eye of social media and news. Such people, when show fear towards the demeanor of the city or show concern over the safety measures in Karachi, seems right when people like Adnan Pasha appear to the surface.

Adnan Pasha, who open fired on Shahra e Faisal, Karachi at night and made a video of himself which he later posted on his social media. He claimed in that video while using pretty foul language that no one can do anything to Pasha (him). After which, Pasha even open fired on the most famous and busiest roads of Karachi. Two days after his video went viral, Pasha is roaming the streets, freely. Adnan challenged the law enforcement for their credibility that no one has enough power to catch him and put him behind the bars. Well, seems like he was right and no one has seemed to catch him till now. After the infamous video, where he’s clearly drunk, he posted another video after two days of his apology where he’s sober.

In the video, the guy is defending himself on how he’s not challenging any law enforcement or government for that matter but he was addressing the guy who killed his father seven to eight years ago. Zeeshan Saeed aka Shaani as per the statements of Adnan was allegedly involved in his father’s murder and he later claimed that people like these get away with a murder but I’m being accused of only open firing. Adnan also said that he never intended to kill anyone or have killed anyone and that the weapon he used was licensed and nothing was illegal.

If anything after the previous video of Adnan’s open firing on road, police carried out raids and arrested two guys who were involved with Pasha. Yesterday, police registered a case against Pasha on Bahdurabad police station under section 504 and 506 of Pakistan Penal Code on the behalf of the state. Police even conducted many raids after his apology video was uploaded on Sunday but Adnan was nowhere to be found.

What’s your stance on Adnan’s apology?! Is he right that murderers easily get away with their crime and that firing is very common in Karachi; so it should be accepted?! Write your stance in the comments below to let us know.