Adnan Malik expresses his excitement at the Pakistan VS New Zealand match. However, his happy attitude isn’t only towards the match but Malala Yousafzai who he met during the match. Malik immediately filmed a video with her to upload it on his personal twitter for his fans to share Malala’s response to Booksmart’s Malala reference.

Adnan Malik’s Twitter gets major updates! He replies to a retweeted tweet and mentions, “OMG! This is everything! Meeting Malala and making her partake in an inside joke from my favorite film of the year directed by the incredible Olivia Wilde. Worlds colliding and women supporting women, and I get to be a conduit (and get retweeted)! Boom!”

OMG! This is everything! Meeting @Malala and making her partake in an inside joke from my favourite film of the year directed by the incredible @oliviawilde. Worlds colliding and women supporting women, and I get to be a conduit (and get retweeted)! Boom! ??? https://t.co/5c88X31uiG

Malik’s first tweet quotes, “My favorite thing about Booksmart…” and then shows a video of Malala. Apparently, within the movie Booksmart, the two characters use ‘Malala’ as a code word. Therefore, this video is kind-of Malala responding to Booksmart’s Malala reference.

So my favourite thing about @Booksmart is… pic.twitter.com/iUJvWaeLiC

He also writes about his love for the movie and how this is his ideal type of movie to make. Not to mention, he seems inspired by Olivia Wilde’s directing skills despite being a rookie. He says,  “So I saw Booksmart a week or so ago in London and was COMPLETELY & UTTERLY inspired by Olivia Wilde debut feature as a director. It was razor-sharp funny, had gorgeously crafted performances, an incredible soundtrack. This is the DEFINITIVE coming of age film for how I see Gen-z today. And is exactly the kind of thing in substance and tone that I’ve been wanting to make in Pakistan!” 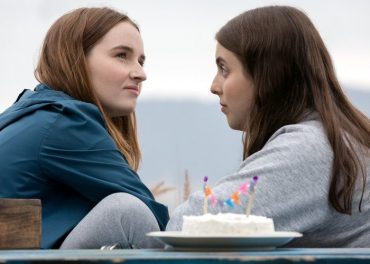 Nevertheless, it seems that the movie’s Instagram page ended up noticing him! The post on his Instagram went crazy famous and he addresses his happiness regarding the whole thing. Malik writes, “The Booksmart Insta page reposted it and then Olivia, Katie and Beanie reposted it on Twitter and then Kaitlyn inboxed me and we had a brief chat! And it’s been snowballing across the Internet since,” to further add in, “The whole thing made me really happy because, for a moment, it connected me in a deeper way to the film that I have loved so much.”

We are just as excited and content for Malik as he took the chance to share such precious moments. Moreover, getting noticed by the movie’s official Instagram is a great feat. Many were left speechless considering a person fanboying could actually get him noticed! However, that cannot happen to the normal peeps. You definitely need to be a celebrity to get such immediate attention!

To conclude and present his feelings towards the entire scenario, he sincerely says, “And as a Pakistani who studied in the States but lives in Pakistan now, I often feel like I’m not part of the global conversation on culture and the arts. So this was my small way of engaging in something that’s very ‘now’.”

It is for sure that Adnan Malik’s Twitter is similar to his diary where he posts his exciting and fulfilling moments and we are appreciative of that!

The interaction is quite lovely and for now, social media is full of positivism. People have been supporting him yet there are Pakistani’s that are still unaccepting of Malala but that is another story.

What do you think of the situation? Did you know about Booksmart’s Malala reference? Share your thoughts!