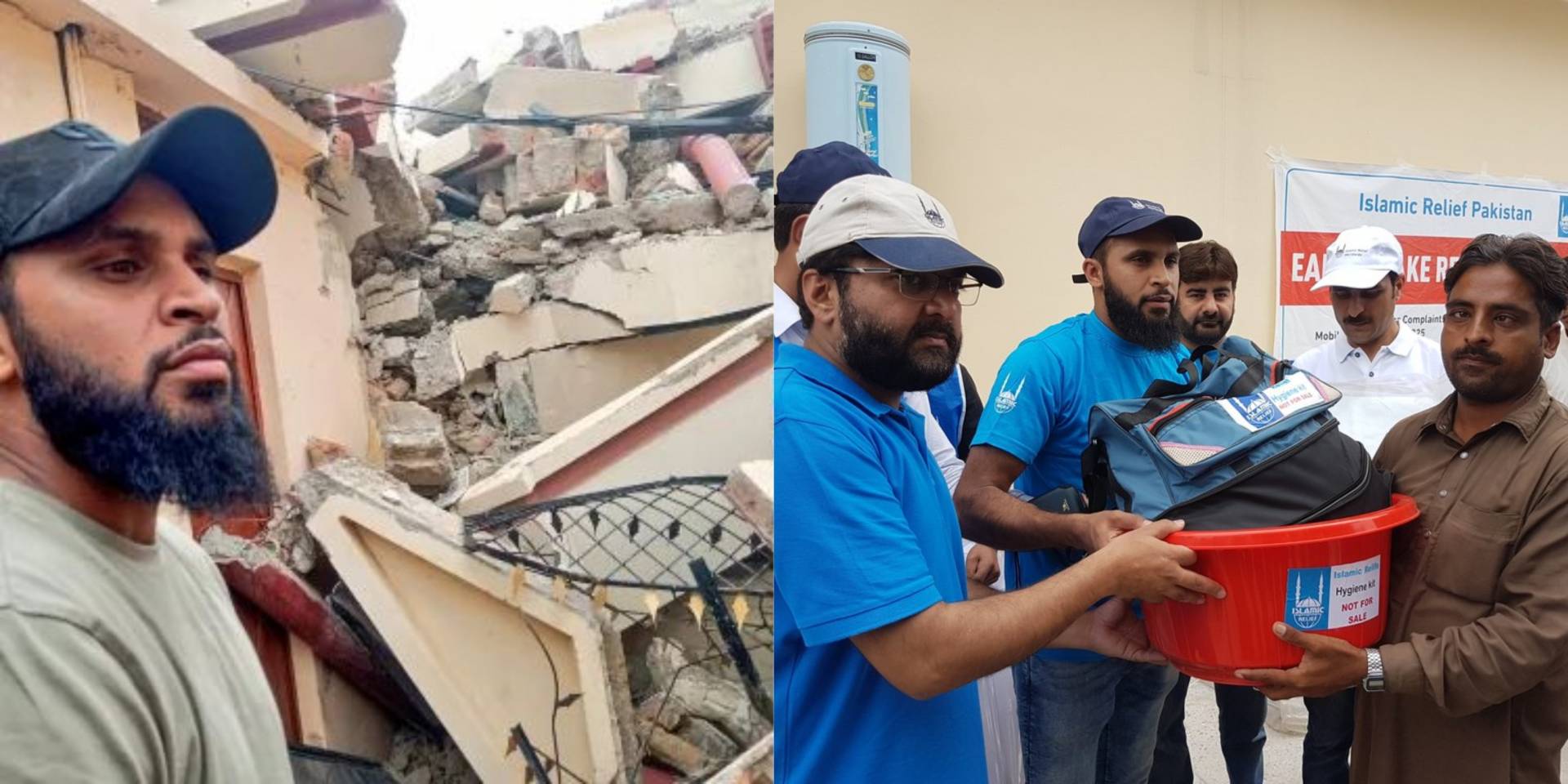 Do we all remember Adil Rashid from this year’s World Cup winning-team squad? Of course, we do. Who forgets the winning side. The leg spinner took down Pat Cummins Alex Carey and Marcus Stoinis in the Semi-Final of World Cup 2019 playing an undeniable great role in the win. Well, now that we clearly recall him, this British cricketer Adil Rashid is in Pakistan.

Adil Rashid isn’t here to take a tour of our beautiful land. He’s here to help the victims of the Earthquake 2019 in Kashmir. In Mirpur, he donated relief packages while feeling the pain of the victims. He also distributed hygiene kits in Sang Kikri a village of Mirpur.

We continue to scale up our response in the coming days to address the needs of #earthquake victims. British Cricketer Adil Rashid joined us in #Mirpur to distribute relief items. A big shout out to @TufailH @GreenLaneMasjid for the support. pic.twitter.com/05zdNPyHHS

The world-class British cricketer came to the country via Islamic Relief Pakistan alongside the country director of this organization Umair Hasan. They will be visiting affected areas of the country providing aid to the victims.

Earlier this week, Jason Roy the British cricketer came to Pakistan for the shoot of an advertisement and now Adil Rashid is here for charity. While other team players aren’t comfortable to travel to Pakistan these players are paying visits making more fans in Pakistan than they already have. It is so rare to see cricketers with such a huge fan following be so humble. We must give credit to them for being very human by heart.

Both the cricketers have made a special place in the hearts of Pakistanis. As Jason Roy and Adil Rashid visited Pakistan despite the false rumors regarding its safety and showed the world that Pakistan is as safe as any other country. You can come and leave the country unscratched. Those days of terrorism have gone by and the humans here also love being treated like humans.

RESPECT! Adil Rashid made a visit to earthquake affected areas of Mirpur. He also donated relief packages to victims.

Thank you Adil for feeling the pain of people! 🙏🙌👏 pic.twitter.com/jNPqUc4jeG

They aren’t the only ones who came to Pakistan. There was another cricket legend who especially visited Pakistan with the intent to show the world how safe traveling to this country is. You probably know who we’re talking about. Yes, Michael Holding.

All these cricketers are taking a positive message to the foreign people about Pakistan with them as they leave. We hope that with this the international cricket will also find its way back to our homeland.

This Pakistani Man Talks About the Heinous Acts He Did With the Bodies of Dead Women And It’s Boneshaking
Photography Powerhouse OPPO Unveils Reno2 In Pakistan Which Will Redefine Creativity!
To Top