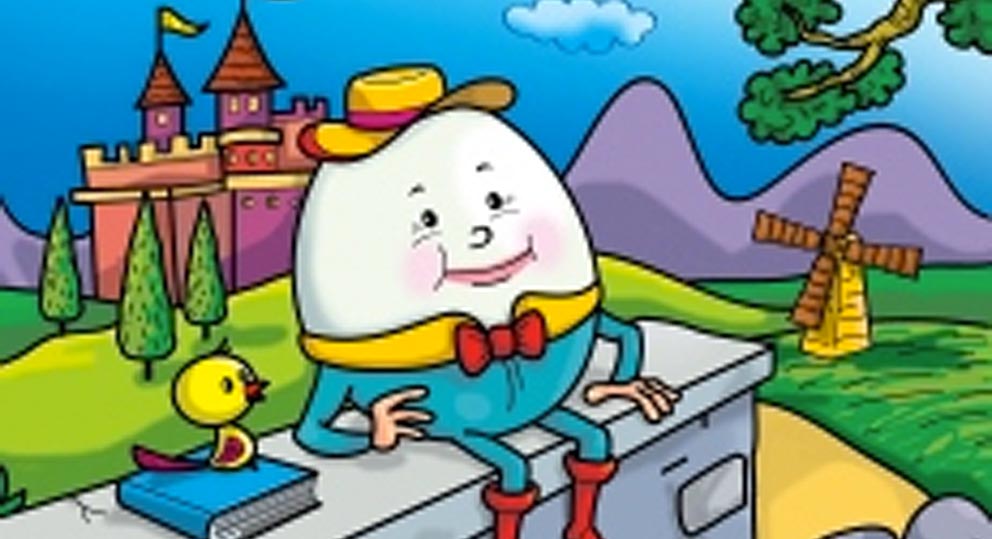 Singing silly nursery rhymes is the perfect way to send a recalcitrant child to sleep. But not many of us know that most of these poems are reference to real historical events.

Humpty Dumpty: Perhaps the most well-known nursery rhyme, the origins of that poem date back to 1640s during the reign of King Charles I.  Humpty Dumpty wasn’t a big, round egg nor even a human but a war cannon used by King Charles I’s supporters during the English Civil War. The cannon fell down and was destroyed in Colchester when the watch tower it was placed on went down by a hail of cannonballs. Although Humpty Dumpty was recovered from the marshlands below, it was damaged beyond repair. 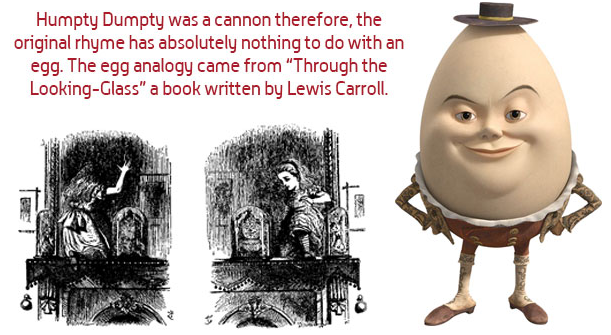 Ring-a-Ring a Roses: The roots of this nursery rhyme are quite contentious, yet everyone agree that the following reference is the most infamous. Although the song has such a happy-go-lucky note, the events that it refers to were anything but merry. Many literary scholars believe that it refers to the Great Plague that swept through London in 1665. The symptoms of the affliction included round red rashes (ring-a-ring a roses) that exuded a horrible smell and frequent bouts of sneezing (atichoo! atichoo!)- the diseased would go around carrying small bouquets of posies in their pockets to mask the stink. These relate fairly well to all the references in the poem. The Great Plague decimated about 15% of England’s population! 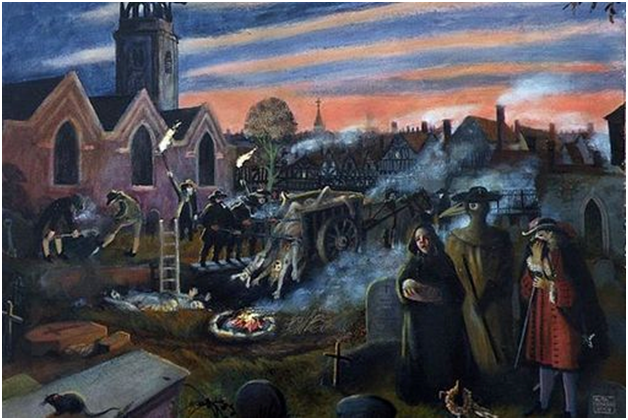 Jack and Jill: Out of the many theories surrounding the origin of this famous children’s poem, the following two are best known. Some scholars suggest that it refers to the dethroning and subsequent beheading of the king of France, Louise XVI and his wife Mary Antoinette- however the first known record of the poem was found thirty years prior to this event. Another popular theory refers to King Charles I’s attempt at tax reformation on liquid measures. When the Parliament refused his suggestion, he made sure that the volume was reduced on half and one quarter pints, otherwise known as jack and gills. 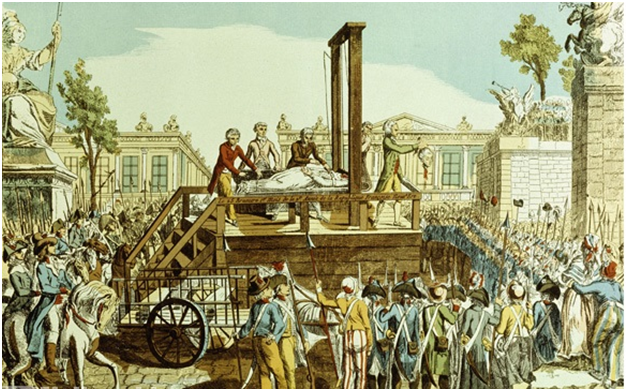 Baa Baa Black Sheep: Many literary scholars believe that the poem arose due to resentment at the Great Custom in 1275- a period of heavy taxation of wool that survived till the 1400s. Some others believe that it carries racial connotation and refers to the black slave trade in southern US. In the late 20th century, many schools banned the poem altogether while others simply substituted the word ‘black’ to a less offensive term. 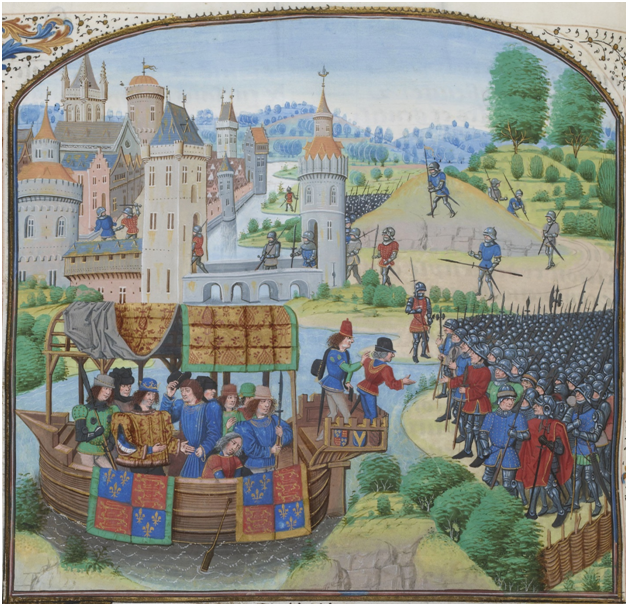 Mary Had a Little Lamb: At least one nursery poem had a comic origin- the poem ‘Mary Had a Little Lamb’ was created when little Mary Sawyer took her pet lamb to school due to the taunting of her brother, causing quite an uproar. That day, the 17-year old nephew of Reverend Capen named John Roulston was visiting the school, and the incident amused him so much, he wrote a poem about it and handed it to Mary the very next day! 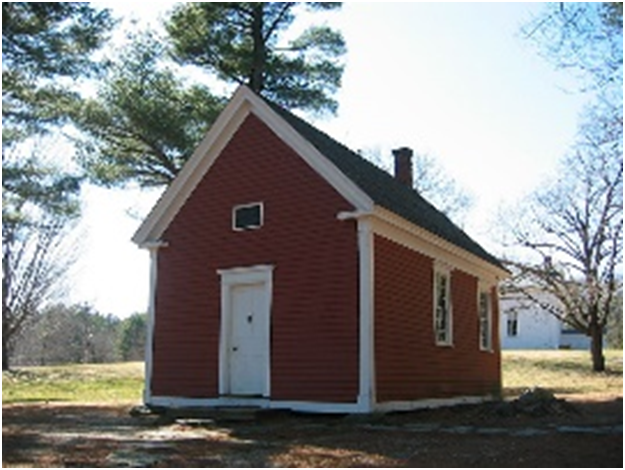 Wikipedia.org- The Redstone School (1798), now in Sudbury, Massachusetts, is believed to be the schoolhouse mentioned in the nursery rhyme.

Even though many of our favorite nursery poems have less than happy beginnings, it cannot be denied that they have brought joy to numerous children around the world!

Also See: 11 Images That Will Change Your Perception About Pakistan