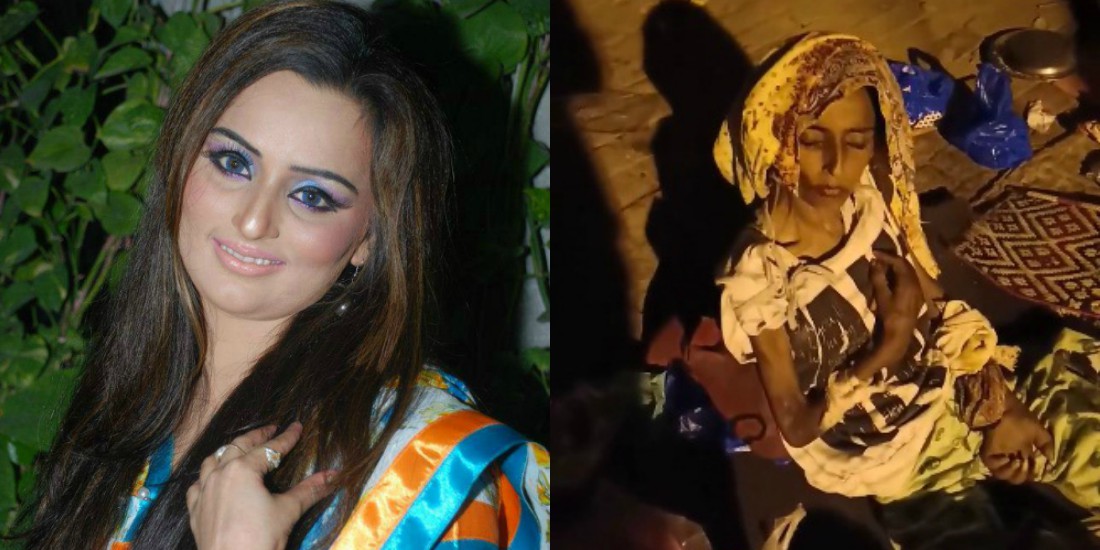 At times, life can be very cruel. But for stage actress Naila Shah, can it be any crueler? After being a successful and popular actress for the stage, her pitiful condition has only worsened. Along with the medical issues, the miserable actress is still living a homeless life. She has a kid with her. Both of them sleep without a shelter. Last year, a video circulated on social media got viral showing her wretched condition.

We had hoped that her situation would have improved because of the awareness generated through the medium of social media and then the television channels. But sadly, the latest video shared on Facebook depicts a gloomy and depressing state. She says in the video that Rs 10,000 is needed for her treatment. Naila can’t even talk properly in the video which shows the deterioration of her health. Things changed for the worse after the death of her husband. She remarried but her new husband turned out to be abusive.

So in order to get away from the abusive marriage, she started living with her sister. Regrettably, for her, things didn’t improve. In fact, things got worse. And the violence and torture damaged her physically as well as emotionally. Naila’s own sister and brother in law wanted to confiscate her property. And for this purpose she was attacked with acid, burnt with irons and beaten ruthlessly by her second husband.

The health condition of Naila Shah is very critical. Most likely, she won’t be able to live for much longer. The dying woman is suffering from a heart problem. This was mentioned by her in the video. Last year she was suffering from a low count of white blood cells.

If anyone wants to help her for a good cause, there is a fundraiser initiated on Facebook. You can donate whatever amount you can afford to do. Here is the link.