Actor Naumaan Ijaz Was Wrongly Judged By Media For Uttering 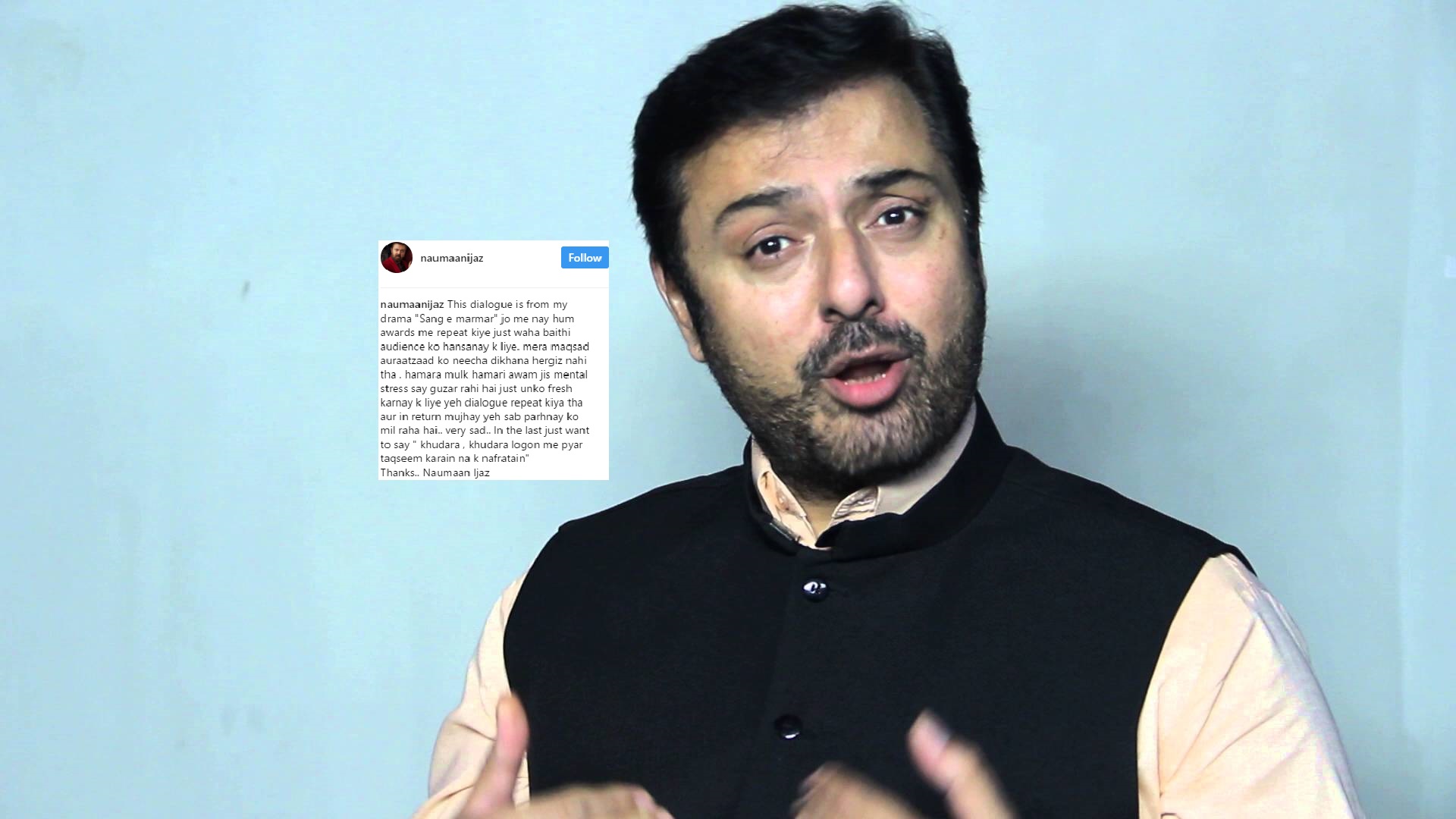 This year’s HUM TV Awards were full of controversies and upsetting moments. While the Pakistani world of entertainment gathered under one roof to celebrate the talent and brilliance of their co-workers, there were some awful remarks that couldn’t have been ignored.

Starting with the appalling ‘jokes’ made by two “comedians”, Yasir Hussain and Ahmed Ali Butt couldn’t control the “slip off their tongues” and made jokes which were not only ghastly but also showed how the elite class society of Pakistan requires tons of education.

Casually joking about Ahsan Khan’s role as a pedophile in drama serial Udaari, what these two comedians said discarded the entire purpose of creating awareness on a subject as sensitive as child molestation.

The host. Yasir Hussain comments on Ahsan’s win with this startling comment.

But these comedians felt it was “funny” to joke about it.

Additional to all these comments made by the hosts, it was brought to attention that one of Pakistan’s well-reputed actors Naumaan Ijaz also made a “derogatory comment”. However, anyone who has seen his recent drama Sang-e-Marmar knew what the actor was actually talking about.

The actor took the moment and spoke one of his dialogues on stage:

Taking it out of context, the publications highlighted how the actor said these lines in a demeaning manner. It was misquoted and regarded as if the actor made comments on how women should actually be treated.

While drama fanatics knew this was a dialogue, the prestigious actor felt the need to clarify himself by making the following post:

Naumaan Ijaz has worked in a number of dramas that highlighted oppression of women. With the likes of Mera Saaein and Sang e Marmar, Pakistanis are aware of his works and how he has actively spoken against mistreatment of women. It is wrongful for publications to misquote him the way they did. Additionally, it is essential to understand the situation in a larger context as well.

International Journalists Are Schooling Maryam Nawaz For Her Panama Case Defence!
Azhar Ali Saluted Misbah-Ul-Haq After His Century And Pakistani Fans Absolutely Loved it
To Top