Pakistani Footballer Abiha Haider Was Selected To Play ‘The World's Longest Match’ And We're So Proud!

Pakistan is full of talented individuals who have made their mark on different platforms. From inventing machines that make daily life easy to stunning the world’s attention by breaking tremendous records, youth has surely made the country proud at so many levels. Many intelligent brains have aced in the education sector as well. Sometimes it’s just a push from the concerned authorities that they need and you’ll see them rising above the sky.

These days, girls in Pakistan are outcasting boys in many fields with their ambitious characters. Some footballers from Pakistan Women Football Team currently stole the media spotlight after their return from France tour. Last month, Equal Playing Field in collaboration with Federation International Football Association (FIFA) arranged the World’s Longest Women Football Match for Guinness World Records in Lyon, France.

Also read: KARACHI WOMEN FOOTBALL TEAM WAS TARGETED FOR WEARING SHORTS BUT THEIR RESPONSE TO HATERS IS PURE SAVAGE!

Here are the power-packed ladies all the way from Lyon! 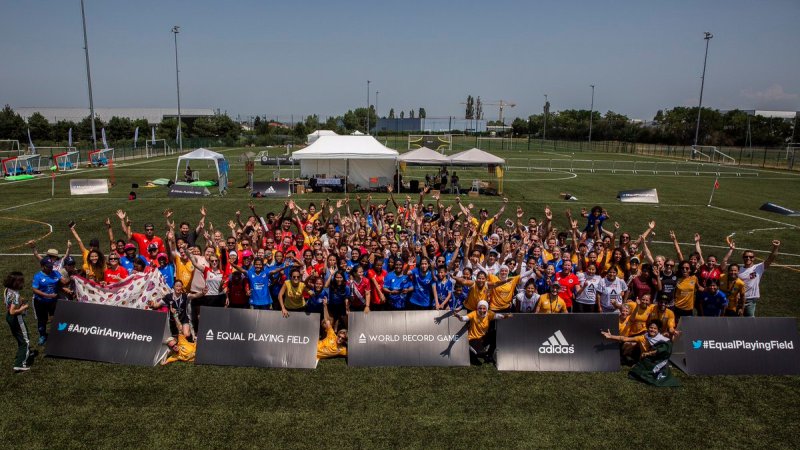 Four footballers from Pakistan Women Football Team including the captain recently participated in the mega football event. Captain Hajra Khan along with Abiha Haider, Khadija Kazmi, and Saba Dawood Lakho played with 3200 female footballers from 67 different countries. The girls became a part of two huge Guinness World Records in the match. The event continued for four days i.e. from 27 June to 1st July.

Abiha Haider, the chosen one from Pakistan!

A prominent name from the Pakistani Women Football Team made the country proud. Among the 10 out of 3200 female footballers, Pakistan’s midfielder Abiha Haider was in the list of those girls who were fully sponsored by FIFA for their part in the event. This was indeed another honor for Pakistan after their presence at the long football match.

This is what Abiha tweeted on the achievements!

Pakistani Female Footballers were honored to be a part of this massive tournament and their achievements have left everyone stunned. It is indeed a tight slap on those faces who think that girls should stay home and not go outside. The girls are being praised all over Pakistan and everyone is proud of them. Keep going ladies!

Nisar Nasik, Dil Dil Pakistan’s Lyricist, Has Passed Away
Old Man Who Was Beaten By Sons For Going To Hajj Gets Instant Justice As Police Arrests His Barbaric Sons!
To Top