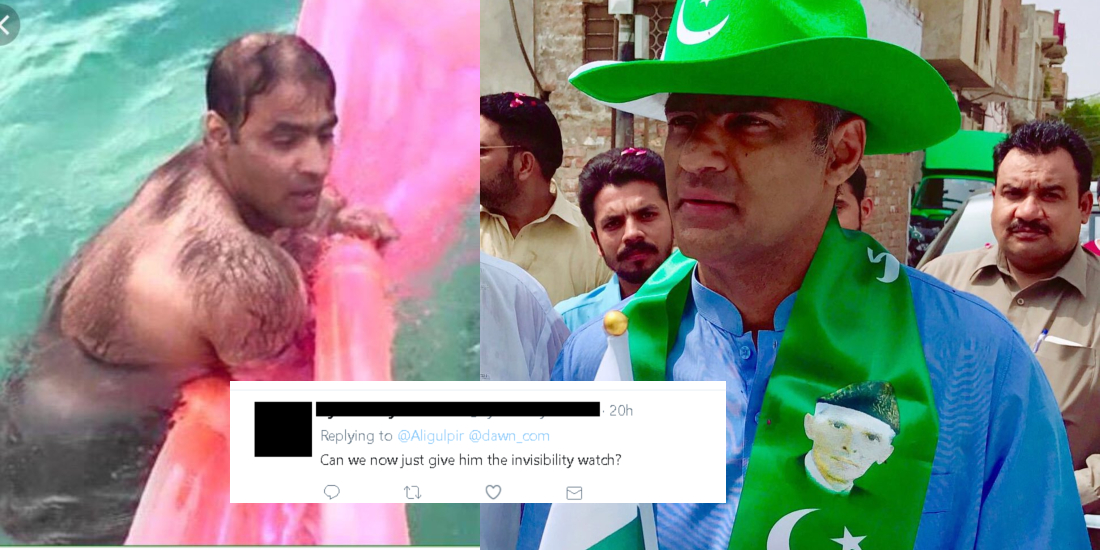 Abid Sher Ali the famous politician of PML-N who’s also the member of National Assembly; recently he was in the list that made MANY cringe with pain. The daily times, took their precious time to write about the list of “Good-Looking” politicians and said “Khoobsurat Alfaz” in their favor! Bilawal Bhutto and Jibran Nasir are on the list too! 😀

Abid Sher Ali was in the list, and it was not shocking to see him on the list but what was written underneath.

Ali Gul Pir had his fun time trolling him with Abid’s pool picture, which everyone on the internet enjoyyyed!

I agree with @dawn_com Abid Sher Ali is indeed is one of the top sexy politicians. Sexy like a bear who left in the middle of his waxing appointment because he loves you pic.twitter.com/zk138wd83R

No, no that’s not the real list! This happens when you are a die-hard nihari fan. You see Altaf Hussain in every picture! 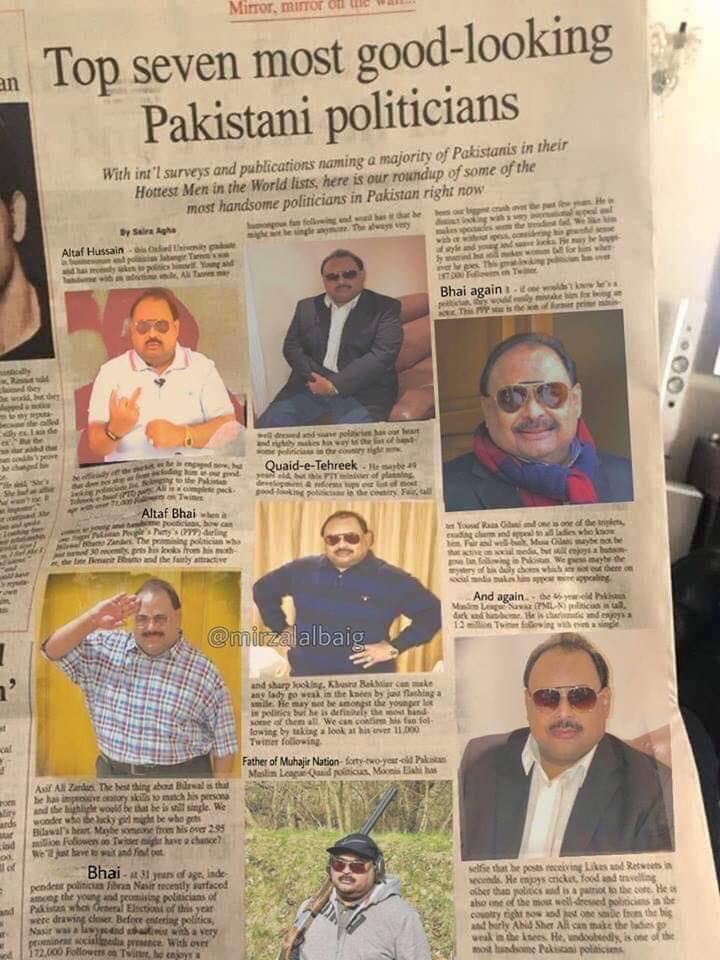 This is the reality! That’s what happened, according to the newspaper he makes women weak in knees. Okay. Wow!

Absolutely true ! Even the ancient classic deminished elephants (Mammoths) were less abundantly haired as compared to this Pmln leader !

Make women weak in knees out of cringe

"…just one smile from the big and burly Abid Sher Ali can make theladies go weak in the knees." pic.twitter.com/p6eCiywXOB

From Abid Sher Ali to Mr.India! Not a bad idea

Can we now just give him the invisibility watch?

*Dances in the pool naked*

Was there any specific reason why they kept Abid in the last of the list?! People said it was a paid content! Oh, well. The Daily Times tried to act a mother who says of her “less-beautiful” kid “haye mera chand sa munna” and he himself questions his non-existent beauty. Haha 😀

Nobody dared raise any question on the other people on the internet, but him! That’s sad, he too likes to be called “Good-looking” “sexy” and not like a “Bear” or “Anil Kapoor” for that matter.