Abid Ali Passes Away At The Age of 67 Leaving A Legacy Behind For Us To Remember!

The legendary veteran actor, producer, and director of Pakistan showbiz industry Abid Ali passed away on Thursday after battling the liver disease for a long time. He was being treated at a private hospital in Karachi. The condition took a fatal turn and the doctors gave their final word that led his two daughters, singer Rahma Ali, and model Iman Ali turn to social media to ask everyone for their prayers. 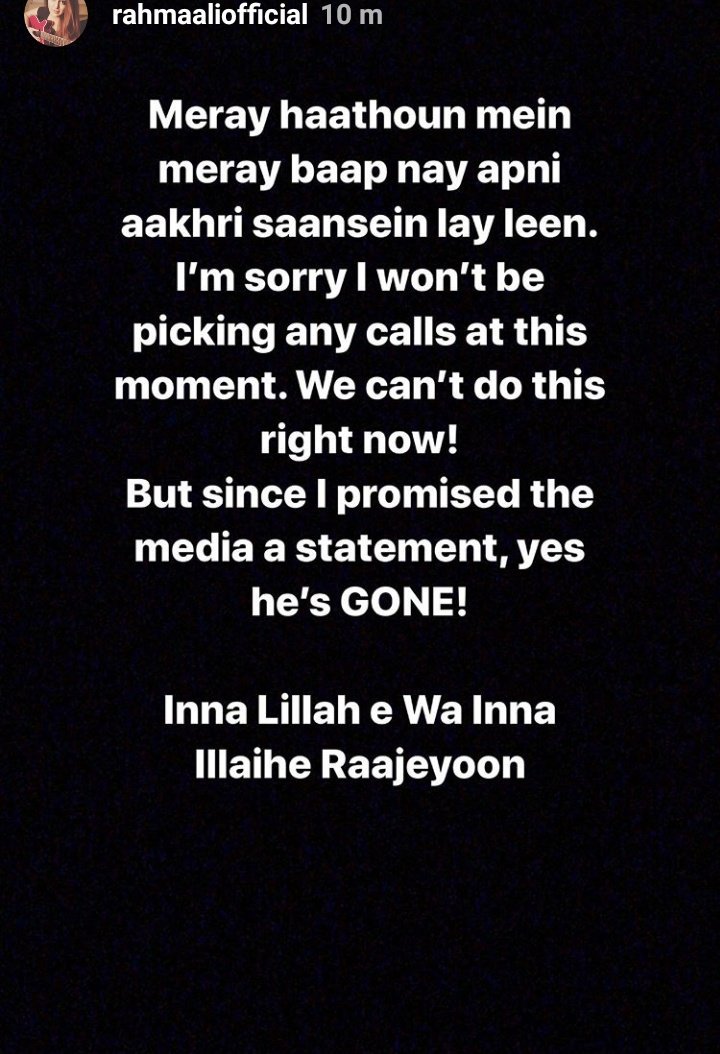 Everyone including the fraternity was shocked to learn about Abid Sahab’s critical condition. Meanwhile, the next day fake news started circulating the entire web claiming that the veteran actor has passed away that caused the family immense pain and Rahma called everyone out including her mother, Rabia Naureen.

Abid Ali after working as Radio Pakistan, he launched his successful acting career with the PTV drama ‘Jhok Sial’ in 1973. One of the iconic roles that he is normally known for was as ‘Dilawar Khan’ in ‘Waris’; a PTV classic back from 1979.

He was also a producer and director of a hit drama of 1993, ‘Dasht’. He also acted in this drama and played the role of ‘Shams Shah’. These are just a minute part of this large legacy that he has left behind for generations to remember in the form of his exceptional work.

We send our deepest condolences to Abid Ali’s family and may they find the strength to bear the irreplaceable loss.

Electronic Motorcycles Are Now Introduced In Pakistan And Fawad Chaudhry’s Efforts Are Paying Off!
Rahma Ali Accuses Her Step Mother Of Taking Away Abid Ali’s Body And This Is Heart Breaking!
To Top