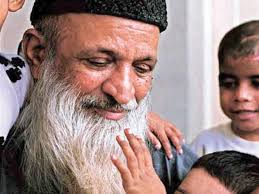 I believe, if there is anything that reflects the good image of Pakistan abroad and has served as the binding force of the multi-lingual and multi cultural people of this country is Abdul Sattar Edhi. Abdul Sattar Edhi’s years old service go beyond feeding the hungry, raising the orphans, caring for people in chaos and violence, to being a symbol of unity for extremely deviated and dispersed Pakistani society. The liberals, the religionists, and people from all spheres appreciate and adore Abdul Sattar Edhi.

I was traumatized at recent incident of Abdul Sattar Edhi robbed off huge quantity of gold and hefty amount of Rs 30 million of cash. That was the least thing expected by us. Most of us got frenzy with expressions how on earth can Edhi be looted? It could be any other person in Pakistan but not Edhi at least.

It almost got me crying when I heard his interview in which he couldn’t stop showing his emotions saying he is heartbroken.

Recently there had been an active discussion on social media forums regarding who deserved Nobel Peace Prize Malala Yousafzai or Abdul Sattar Edhi. Cynics as we are, when Edhi got robbed off, those supporting Malala for Nobel Peace Prize took it as an opportunity to get at par with those who regarded Abdul Sattar Edhi as favorable and deserving candidate for the Nobel Prize.

“Why don’t all those who wanted Edhi to win make up for his loss now?” This was one of the tweets on twitter.

Anyways the incident was sad and thank God, Edhi is safe, as that mattered the most. Not trying to be devil’s advocate, it’s pertinent to understand the act of looters. After all it’s just another incident that took place. The looters are very much part of our society. With poverty increasing day by day and inflation crushing the middle class let alone the poor class making 99% population, people are picking up arms as last resort to gain what they deserve. In this quest, some become professional criminal and robbers and others do it out of despair. But, their purpose of choosing this wrong path is same in the beginning. The corruption, insecurity, lack of education and pervasive disease are costing us lives in every aspect. As they say ‘ A hungry man is an angry man’. 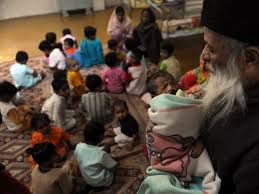 Looking into statistics makes the picture gloomier. There are around 100,000 children suffering from Pneumonia and the main reason is lack of access to vaccines and medicines that cure it. We are aware of rising polio cases in Pakistan and that makes us odd-one out in the subcontinent where polio still prevails. Pakistan is one worst place for women to live and practice their rights. More than 2ooo Pakistani women got killed in the name of honor. Girls give up their rights to the chauvinist societal norms. Recently we saw a girl withdrawing charges of rape against a powerful figure in the government. We have highest maternal mortality rate in the region. Moreover, nobody cares about more than million IDP’s who have lost hope of returning to their homes and even if some of them do, they are not certain of existence of the houses they left. Every other day, we hear traumatizing news of mother killing her children because she could not feed them, husband killing the wife, acids thrown on innocent girls faces when they raise voice for education. On other hand, the elite and wealthy class turn blind eye to this abject condition and rather, become accomplice in most of crimes to ensure their political and economic interests.

It could be understood by the fact that Abdul Sattar Edhi was robbed almost at same time when Bilawal Bhutto was delivering his historic speech. It is also rumored that the security given by state to Abdul Sattar Edhi was taken away as most force was to be concentrated on the jalsa. It may not be true but it doesn’t imply that the people who really matter and who have served the nation in real sense are least cared by the state. 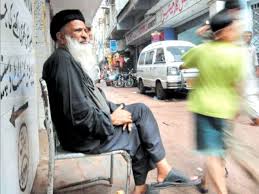 The fact is we are nation with the mob mentality. We are far from calm, rather we are ferocious people and those dacoits were amongst us. So, it doesn’t require a shocking reaction because they came for money and they saw someone with it and looted it. Maybe, Abdul Sattar Edhi was not expecting this to happen ever to himself. May be this would have brought him more close to bitter realities of our society. Maybe he has learnt the consequences of keeping money with himself, may he has to learn a thing or two from the wily corrupt politicians who don’t keep a single penny with themselves so that money is saved even when they get caught.

Mr. Abdul Sattar Edhi is a crest of humanity. I’m sure this incident will never stop him from doing the godly deeds of serving the people. He will gather the broken pieces of his heart and strive for better living of humanity in Pakistan. The great man will continue to do what he has been doing for deprived and pauperized. Now, it falls upon our shoulders to strive for goodness and don’t dispose of ourselves from moral role to serve humanity by saying ‘nothing is going to change’. Had Edhi said that when he began his philanthropic career, would he be where he is now?

Imran Khan: Another elite in poor man’s mask, so why follow him?
Pakistani Movies: With Visuals like Skyfall, and Ironman 3, ‘Jalaibee’ soon to hit the cinemas
To Top