Under the diplomatic alliances of any country, the officials associated, play a pivotal role in presenting their country on the international forum. As a human being and not being aware of the filth, the world is surrounded by, sometimes lack of awareness can also create issues. Well, the point is that recently, former Pakistani High Commissioner unintentionally provided a reason for India to laugh on while India itself is a laughing stock for the world.

This was the retweet that spread all the fuss on the internet! 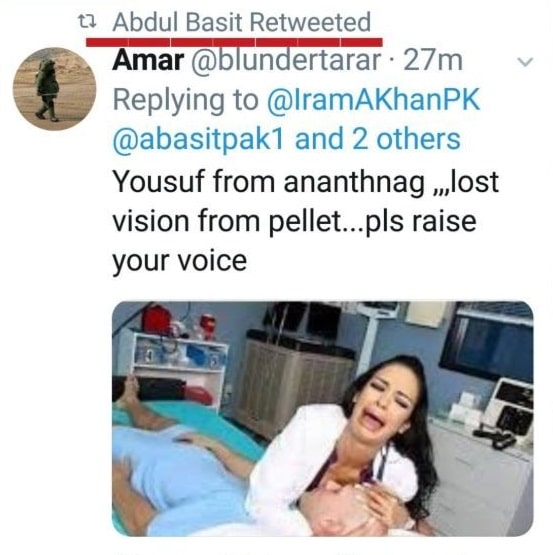 Congratulating Abdul Basit on gaining new followers, Johnny Sins even confirmed him that ‘his vision is fine’. LOL!

Shout out to @abasitpak1 for all the new twitter followers! Thanks but my vision is fine😂😂 https://t.co/Rk4QdiGBlq

Earlier this year, a similar mistake was made by a Pakistani politician Khuram Gandapur who posted a GTA V clip mistaking it for real life. That time too, India was in extreme joy trying to critically target Pakistan but as always ended up being attacked by Pakistani humor.

Well, after making an honest mistake, Abdul Basit instantly corrected it by deleting the retweet. About the Indians, now they ware served with a topic that will help them to cover their upcoming blunders. While, Pakistan has unlimited reasons to make fun of its neighbor, not giving India any would have been unjust. Does India downing its own fighter jet count?

17-Year-Old Pakistani Blogger. Alyan Khan Is On The Brink of Superstardom!
McDonald’s Pakistan Is All Up For A Greener Pakistan And We Are “Loving It”!
To Top