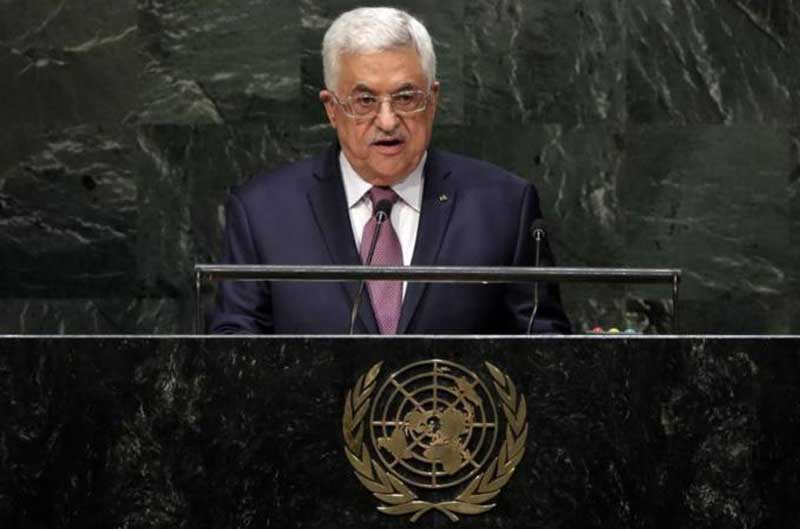 Palestinian leader Mahmoud Abbas has accused Israel of waging a “war of genocide” in Gaza and vowed to pursue its leaders for war crimes.
The latest war in Gaza in July and August – the third war in the Gaza Strip in six years – killed 2,140 Palestinians, mostly civilians.

“Israel has chosen to make it a year of a new war of genocide perpetrated against the Palestinian people,” he said.

The war in Gaza was “a series of absolute war crimes carried out before the eyes and ears of the entire world,” he said.

The Palestinians have threatened to join the Hague-based International Criminal Court to allow legal action to be taken against Israel.

The war ended on August 26 when the two sides agreed in Cairo on a ceasefire and to hold future talks on Palestinian demands to end an eight-year blockade of Gaza.

In his speech, Abbas also said he will seek a UN resolution to set a deadline for Israel to pull out of Palestinian lands captured in the 1967 war. He included no deadline for ending the occupation.