That is exactly the case of Aatish Taseer, the son of slain Governor of Punjab, Salman Taseer. Aatish, who is a writer as well as an activist, was dating Princess Gabriella Windsor, daughter of Princess Michael of Kent. The details of their relationship and the character of the Princess and her mother were revealed to the public by Taseer in a Vanity Fair article. 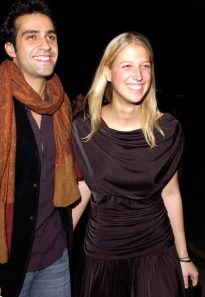 According to Aatish Taseer, Princess Ella’s mother was known her for racist agendas and slurs she lived with as a human being. In the article, Taseer talked about how it was to be a part of the Royal Family for a while, and how different they were to ordinary citizens, even for the UK’s caliber.

Aatish Taseer revealed that his girlfriend, Princess Ella’s mother Michael of Kent, was so racist, she had bought two black sheep and named the ‘Venus’ and ‘Serena’ after the famous African-American tennis playing sisters. Princess Michael, who’s real name is Marie Christine, had always made her racist presence shown. Be it in the ‘go back to your colonies scandal’ at a restaurant, or wearing a brooch with a black woman’s face on it. 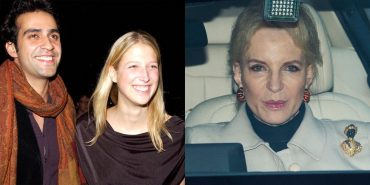 As per Taseer, the Princess was always kind and nice to her, but when it came to others, she would make her opinions felt, which would always invite trouble. Also in the article, Taseer discussed about their private life, which has also been condemned by his brother, Shaharyar Taseer. Aatish revealed that he would strip naked with the princess, and take a bath in the Queen’s pool in Buckingham Palace.

Furthermore, a point that was verily highlighted was Aatish Taseer stating that he and Princess Ella would pop MDMA (Ecstasy) in the Windsor Castle. 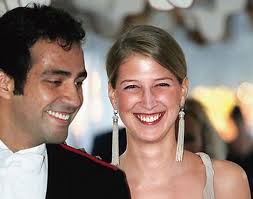 Taseer also said: “I’ve been thinking a lot about Princess Michael lately in the context of William’s and Harry’s conjugal choices. She was of the firm belief that it was a bad idea for royalty to marry commoners. “It’s all very well Ella marrying Mr. Taseer from India, or Pakistan,” she once said to me. “No one knows what to do with that. But the moment the girl down the road thinks she can be Princess, or Queen, it’s all over. The mystery is gone.”

All the details revealed Salman Taseer’s son have brought him a lot of attention on social media. However, the details he has revealed, do not come as much of a shock the people in Britain, as they were already well aware of Princess Michaels’ ‘rogue’ actions that the Buckingham Palace has never liked. The only new additions are the creamy details of Princess Michael’s daughter’s relationship with a ‘brown boy’ from Pakistan.

Someone Wrote Their Number On A PIA Plane’s Window And Put Out The Funniest Explanation For It!
Zayn Malik and Gigi Hadid Were Spotted Together A Month After Their Break-up and We’re Like “WHATTT?!”
To Top