Amir Liaquat Tweeted His 2nd Wife's Picture With A Message And Things Got Cheesy|Parhlo.com 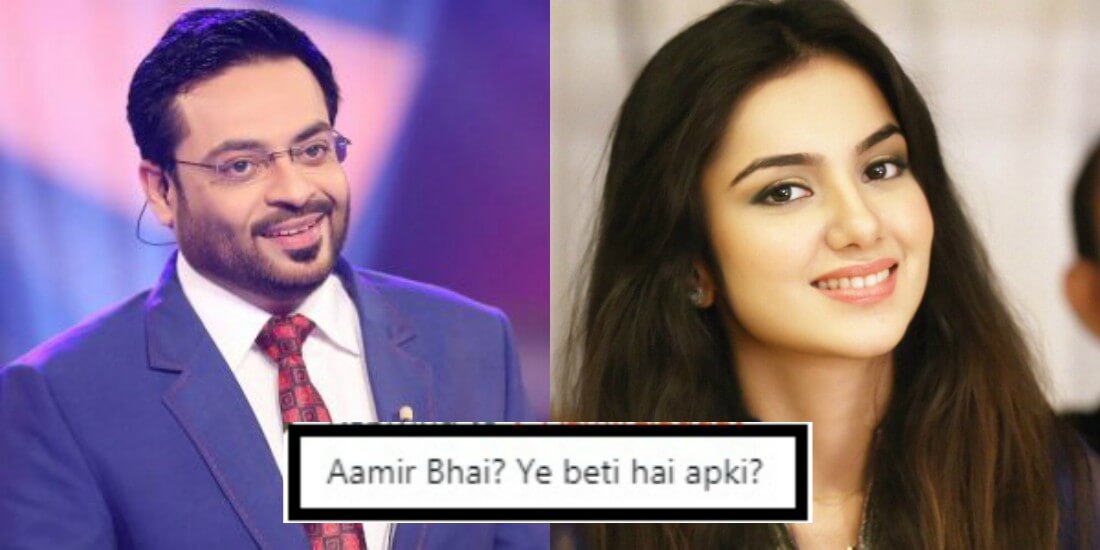 We are living in the 21st century but ‘dusri shaadi’ of a common man still considered as an unlawful act in Pakistani society. However, there is no legal or religious obstacle for marrying more than one woman but Pakistani men opt for ‘secret marriage’ to avoid the censure of community that may make fun of him. The same thing happened with a number of celebrities who went for secret marriages but unfortunately, celebrities are public properties and they can’t keep their secret marriages confidential at all!

In April this year, the same thing happened with Iqrar-ul-Hassan, the famous TV anchor and then Aamir Liaquat Hussain whose nomination papers for General Elections 2018 stirred a controversy on social media in which he didn’t mention his second marriage with Syeda Tooba Anwar. When Aamir Liaquat’s picture with his second wife on Eid ul Azha went viral on social media, people got to know about Syeda Tooba Anwar who is working at BOL as a Manager Corporate Affairs.

Yesterday, when people were busy in celebrating International Day Of Girl Child, Aamir Liaquat Hussain posted a picture of his second wife along with a very heartfelt caption. He wrote that,

#DayOfTheGirl. Masha Allah you are strong, characterized by a great determination. A true lady does not demand, she thanks and a true man does not promise, he commits. Being both soft and strong is a combination and that is you!!

#DayOfTheGirl
Ma Sha Allah you are strong, characterised by a great determination. A true lady does not demand, she thanks and a true man does not promise, he commits. Being both soft and strong is a combination and that is you!! pic.twitter.com/akZJBGaKli

After this, Tooba retweeted and thanked him for giving this honor.

Here Is What Syeda Tooba Tweeted

Wow this is so special!!! I am honoured. Your kind words and appreciation is everything for me. Thank you for always believing in me. Will always make you proud InshaAllah. Love you ?????? #DayOfTheGirl⁠ ⁠ https://t.co/pWl90SbINT

After this cheesy conversation between the two, keyboard warriors came into the battlefield for reminding Aamir Bhai his first wife, Bushra Amir.

Bushra Amir is the onetl truly deserving the title of a STRONG GIRL #dayofthegirl and not her….

Mashallah bhabi looking so beautifull Allah bless her with success

People Reminded Him His First Wife!

Day of the girl or girl of the day ?? well whatever but he seems to be the father of the day with u . ?

Do you want to add more to the story? Share your thoughts with us in the comments!