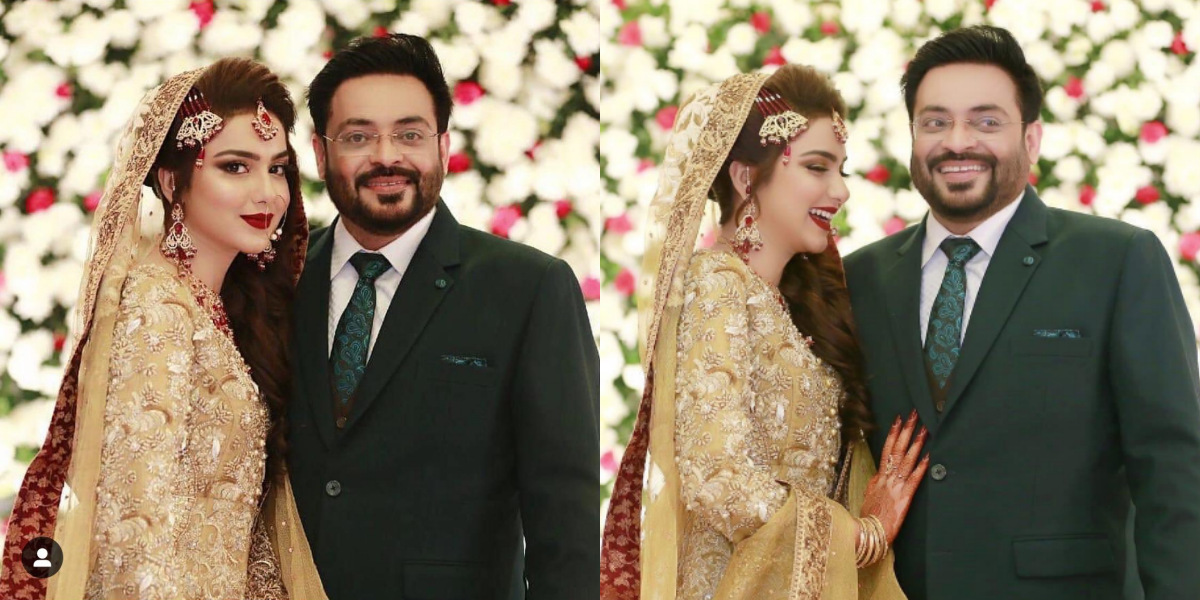 In a show hosted recently, Aamir Liaquat and Syeda Tuba Aamir revealed how they both fell in love with each other. Aamir Liaquat also went on to explain how his wife impressed him before marriage.

Aamir Liaquat, a former religious scholar, grabbed media spotlight when it was announced that he would be marrying for the second time in 2018.

Syeda Tuba Aamir, the young second wife, also gained a lot of hype, especially among the Pakistani community, for marrying a man a lot of years older than her. Perhaps the newlywed couple gained this much spotlight due to the rumours that Aamir did not do justice with his first wife and his children are not happy with his decision of second marriage either.

Regardless, since their marriage Mr and Mrs Aamir have appeared on TV Shows quite a number of times on different channels to talk about how they met and when did they decide to get married. In the latest show, Aamir Liaquat reveals to us about a time how Syeda Tuba impressed him.

He tells a story of walking into her cabin during the making of some show and there he found a book in which the Holy Prophet’s (pbuh) name was written in complete form in all pages. He talked to Tuba about how people do not have time to write the full name of the Holy Prophet in their daily lives, yet she is doing it several times in a single day. Perhaps something very meaningful to the eyes of a former religious scholar who has hosted Aalim Online and Iftar shows in Ramadan for several years.

Syeda Tuba and Aamir Liaquat also reveal how they first met at a marriage gathering. From there, things went on to parents meeting each other and then eventually getting married. Seemingly, Tuba is really considerate about how she behaves around her husband. At another TV show, she has spoken in-depth about how at workplace she used to fear disappointing Aamir Liaquat to the point that she would reduce herself to tears sometimes even. She also mentions how Aamir Liaquat never scolded her and whatever his tone towards her was, she considered it more of a learning experience rather than any feeling of negativity.

Another Video Of Lahore Traffic Police Messing With A Citizen Is Making Pakistanis Furious!
Asim Azhar Shows Support For Kashmir At Hum Awards And Literally So Much Respect For Him
To Top