Aamir Liaquat Is Set to Join PTI and the Insane Reactions of Pakistanis Is making the News Even Better!

Aamir Liaquat; it’s hard to argue if it’s only a name of a person. It would not be too bad to say that it’s an adjective that symbolizes a certain character. A character that does not have a “pretty” description.

Anchor/Religious scholar/Activist/Shoda, Aamir Liaquat Hussain is entering the world of politics. It’s not MQM with whom he has had a bitter-sweet tale over the years. Still a better love story than Twilight, I must add. So, Amir Liaquat announces that he is set to join Pakistan Tehreek-e-Insaaf (PTI) as a part of entering the political spectrum. Yes, that’s news. 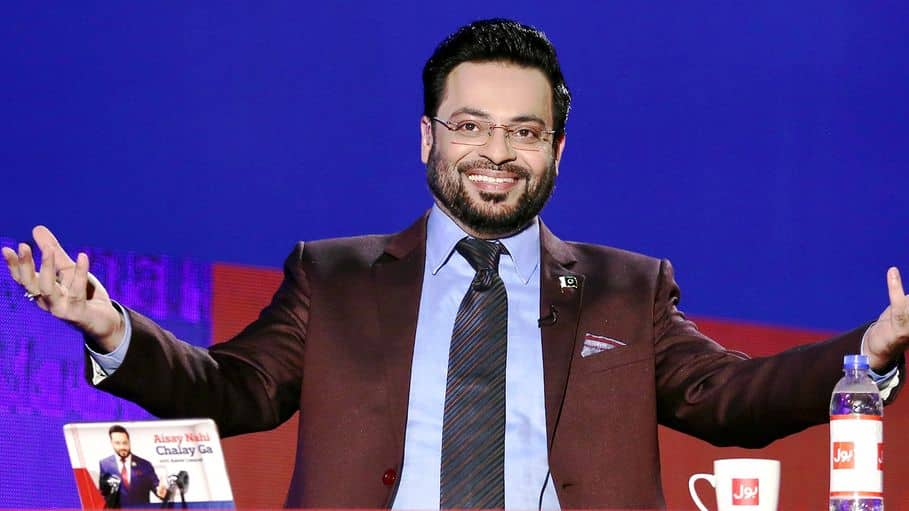 It’s a love and hate relationship of Aamir Liaquat with most Pakistanis, and you can guess just how much this news has caught everyone’s attention. No surprise, this is the top trend in Pakistan and a hot topic of discussion since last night. Let’s find out how people react…

He comes in all shapes, sizes, characters and what not…

Amir Liaquat is the kind of person who will wake up as insafian, will be patwari by afternoon, jiyala by evening & karkun at night, fraud!

Has #AamirLiaquat actually joined @PTIofficial ? Can anyone verify this? ??

WE HAVE A WINNER ALREADY!

Ahmad Shahzad should also consider joining PTI to revive his reputation and form.

Some jokes just write themselves https://t.co/6bIwNAWJLD

Amir Liaquat labels people traitors, incite hatred against whoever he doesn't like, issues fatwas of blasphemy and spread lies.
Bravo,PTI ?

If U-turn had a body and soul

#AamirLiaquat has a track record of cursing & rubbishing #GEO & #MQM ,both of whom he swore allegiance to.
Beware #PTI U might b his next!

YOU CAN’T MISS THIS!

Congratulations PTI on gaining Aamir Liaqat’s trust and abilities. He will be a great addition to your team in Karachi which can never win.

And Please make sure ابوعلیحہ is not at your restaurant or in the city because he is the “Sending Source” of London Funding https://t.co/T814MIFCe8

He’s expected to join PTI. Best place for him and best person to represent the party. Perfect match I think.

He’s relevant again. Not sure how PTI members and supporters would be feeling right now but this news has taken a toll on all people. Imagine him standing next to Imran Khan or, or, you could hear the familiar voice losing over the mic in their jalsas! It all sounds ridiculous but apparently, it’s going to be true and we shall find out soon.