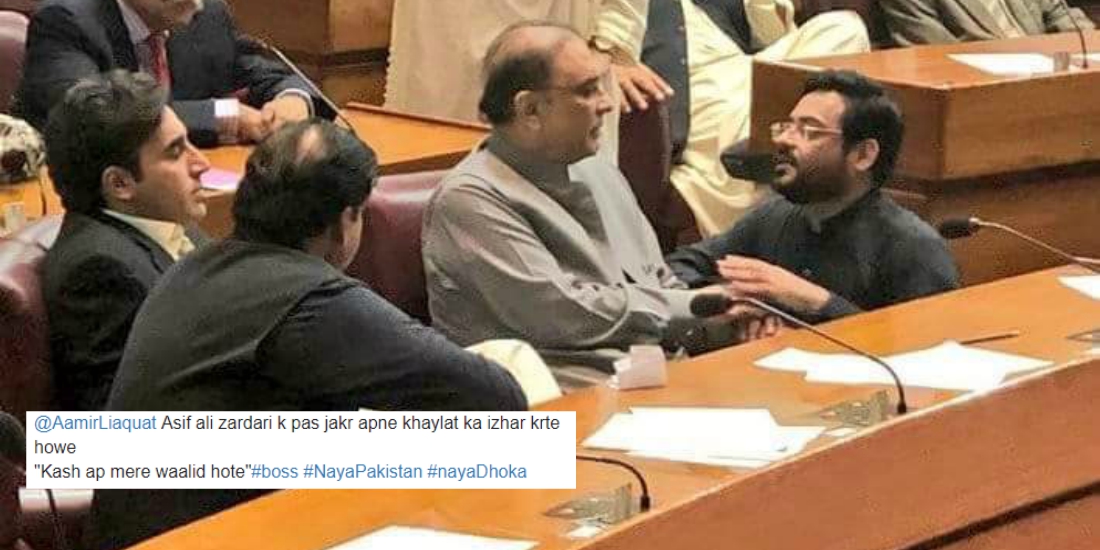 These two people have every reason to dislike each other. They come from competing parties, and Imran Khan has called out Zardari on multiple occasions for being corrupt and unethical in his practices. So when these two people met, one would assume that they wouldn’t even talk to each other.

WRONG. Look at this: 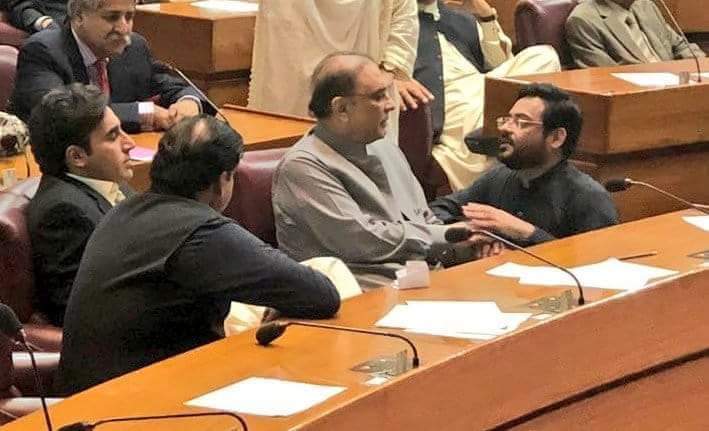 He was on his knee in front of Zardari. If I didn’t know better, I’d say that Liaquat was about to propose to him.

PTI supporters did not take kindly to this at all. Twitter is full of comments and memes against Liaquat.

Ah, the famous aam incident. I still don’t understand how ready the audience member was to eat that mango. Was it the last mango he would ever have? Who knows.

See, Liaquat? This is what happens when you do nothing but game shows on TV for several years. It gives rise to spectacular moments which the people will never forget.

Aamir Liaquat has been a weird character. Almost every Pakistani has seen him evolve. From doing Islamic shows to doing Ramadan shows to doing Game Shows to joining politics to becoming a member of the National Assembly, it is extremely hard to identify and highlight what sort of person he actually is.

Dear @AamirLiaquat for Whatever reasons Please never sit in Asif Zardari or anyone else feet again.
.
.
Your Sincerely.
A PTI Voter and Suppoter#ImranKhan #PTI #AsadQaiser #QasimSuri #NationalAssembly #Parliament

I sort of agree. This concept of respect is old and antiquated. Kneeling in front of someone or bowing to them when greeting them should only happen in the rarest of circumstances. It should never be done in front of people who don’t deserve it, especially someone like Zardari who has caused so much damage to the people of this country.

Do you think Aamir Liaquat behaved wrongly or was he justified in his actions? Let us know in the comments below!