Aamir Liaquat Just Apologized To BOL For All His Allegations And We're Like 'Aise Nahi Chalega!

The king of Pakistan’s dramatics and antics, the crowned jewel of charades, Dr. Aamir Liaquat Hussain is a name in Pakistan nobody is aloof of. From being a religious scholar to an unorthodox news anchor, he has conquered every mountain in his path.

Being one of the most controversial figures in Pakistan, Aamir Liaquat Hussain has been subject to harsh criticism and hate, as well as a lot of love from his fans. From his famous voyeur clips to hosting Ramadan transmissions and feeding people mangoes with his hands, he has literally done everything, 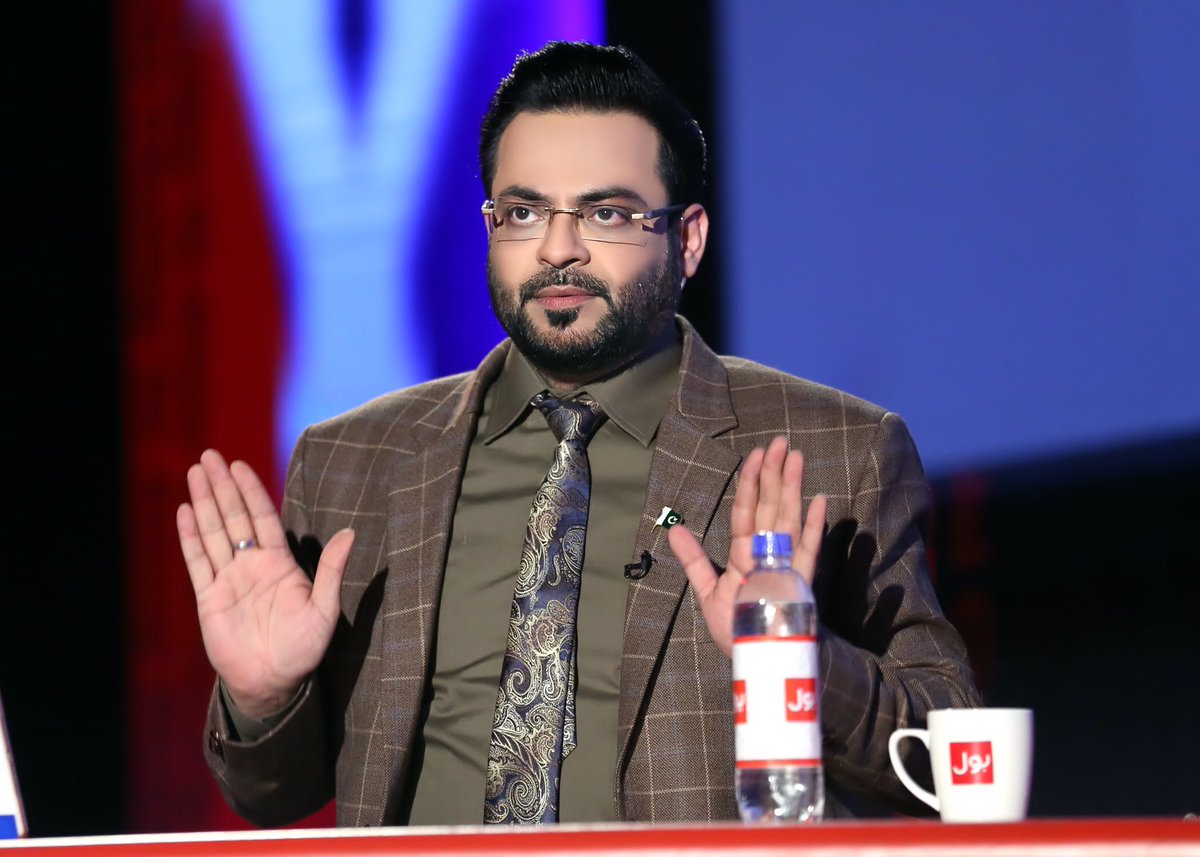 Dr. Aamir Liaquat was previously working for the BOL Network, one of Pakistan’s top media-houses. Dr. Aamir Liaquat was hosting a TV show called ‘Aise Nahi Chalega’ along with a game show called ‘Game Show Aise Hi Chalega’. With hundreds of false promises in the game show, fans were left disrupt by the non-serious response of the BOL network, along with an unorthodox style of anchoring of his current affairs show.

After a short while of the anchor and BOL working together, Aamir Liaquat officially resigned, stating that the BOL network had not paid his arrears (of salary), along with defaming CEO Shoaib Shaikh and his wife Ayesha Shoaib. This step wasn’t taken lightly by BOL and they took to their Anonymous anchor and put forth numerous allegations against Aamir Liaquat.

However, after everything being said and done, Dr. Aamir Liaquat Hussain has issued a public apology to BOL network in a video message. In the video, Aamir Liaquat states that he is turning over a new leaf and wanted to apologize to his previous employers for making allegations of different sorts against them.

This is not the first time Aamir Liaquat has apologized to someone. Previously, while working for BOL, Dr. Liaquat had apologized to different social media personalities including Jibran Nasir for making false allegations of blasphemy against them. This time, his apology is directed to the organization he had been working for.

The reason for apologizing, as per Dr. Aamir Liaquat, is that it is the teaching of our Holy Prophet Muhammad (PBUH). He narrated a Hadith from Sahi Muslim where the Prophet (PBUH) had deemed it necessary to do so. With another leaf turned over, let’s see where Aamir Liaquat Hussain goes from here.